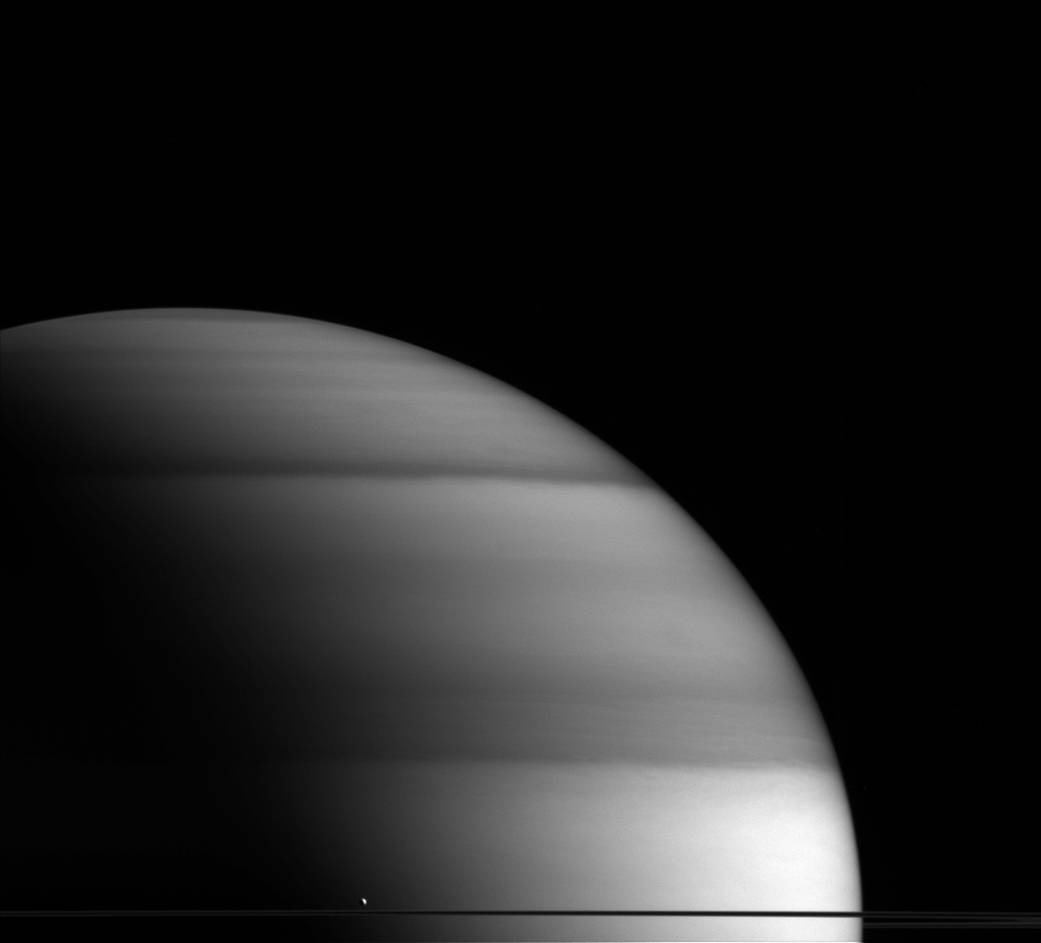 The water-world Enceladus appears here to sit atop Saturn’s rings like a drop of dew upon a leaf.

Even though it looks like a tiny drop before the might of the giant Saturn, Enceladus reminds us that even small worlds hold mysteries and wonders yet to be explored.

By most predictions before Cassini’s arrival at Saturn, a moon the size of Enceladus would have been expected to be a dead, frozen world.

Enceladus displays remarkable geologic activity, as evidenced by the plume emanating from its southern polar regions and its global, subsurface ocean.

The plume that was discovered in Cassini images is comprised mostly of water vapor and contain entrained dust particles.

The Cassini mission is a cooperative project of NASA, ESA, and the Italian Space Agency.

The Jet Propulsion Laboratory, a division of the California Institute of Technology in Pasadena, manages the mission for NASA’s Science Mission Directorate, Washington.

The Cassini orbiter and its two onboard cameras were designed, developed and assembled at JPL. The imaging operations center is based at the Space Science Institute in Boulder, Colorado.