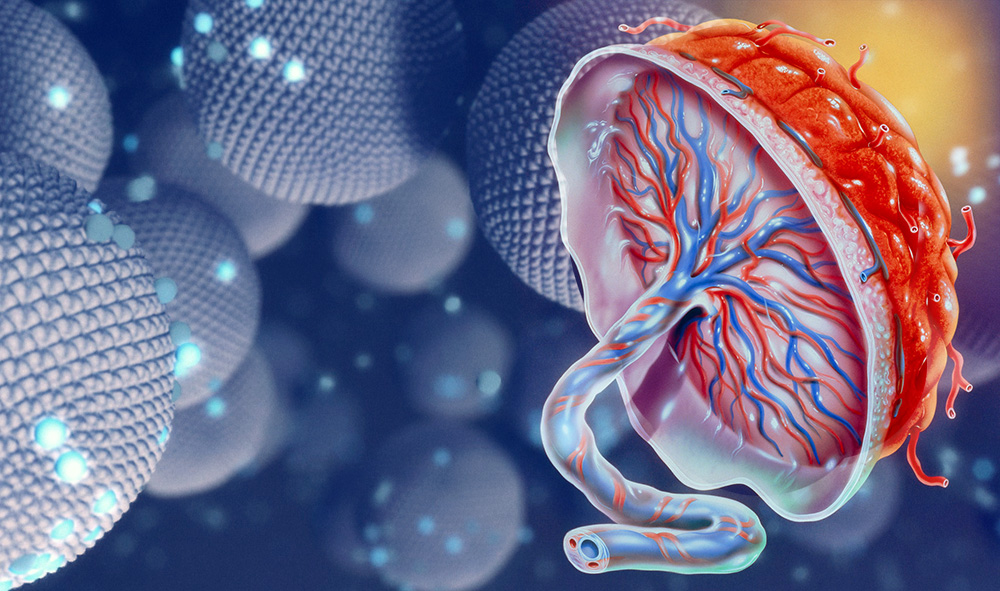 For the first time in history, scientists have found a way to send drugs safely into the placenta during pregnancy.

The new study was conducted by a team of researchers around the globe who have found a way to strengthen the placenta throughout pregnancy to avoid unnecessary complications.

Co-Author Erkki Ruoslahti from the University of Santa Barbara California’s Center for Nanomedicine and Department of Molecular, Cellular and Developmental Biology says the team’s research found many interesting similarities between placentas and tumors.

Peptides are presently used in both the science and medical worlds as a way to home in on tumors.

Thanks to the new connection between tumors and the placenta, these peptides can be “Taught” to target drugs directly into the placenta without traveling to other areas of the body.

With the help of two chains of amino acids that are currently used to target tumors specifically, placentas can be strengthened, leading to higher functionality and a safer environment for the baby.

Lynda Harris, lead author from the University of Manchester in England says placentas behave much like tumors, although they grow in a much more controlled way.

Cancer research puts a lot of focus on finding pathways to use that will deliver medications to tumors without harming surrounding tissues and cells in the body.

Harris has hope that placentas can be targeted in much the same way to treat pregnancy complications without the need of invasive measures.

Researchers used a mouse to practice sending growth hormones to the placenta using nanoparticles coated with a peptide.

The drug remarkably did not cause any changes to fetuses of normal size but caused small ones to grow larger in size.

The drug did not leave a residue within the organs of the mother mouse, and none of the drug was detectable within any of the fetuses.

Because the drugs also target tumors, this approach could be dangerous for gestating women who have undiagnosed conditions, but it is likely all patients would be screened before being offered the new medication.