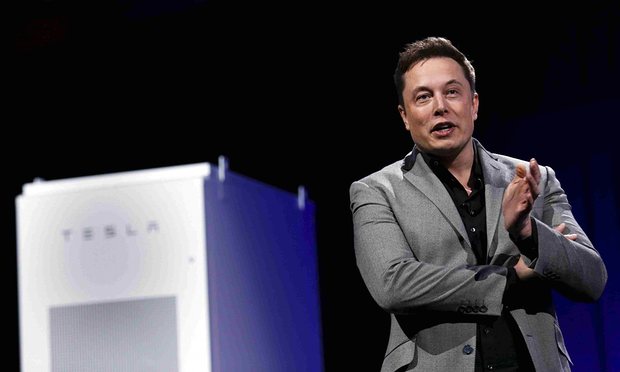 Tesla’s chief executive Elon Musk has accused politicians of bowing to the “Unrelenting and enormous” lobbying power of the fossil fuel industry, warning that a global “Revolt” may be needed to accelerate the transition to more sustainable energy and transport systems.

Speaking at the World Energy Innovation Forum at the Tesla Factory in California on Wednesday, Musk claimed that traditional vehicles and energy sources will continue to hold a competitive edge against greener alternatives due to the vast amounts of subsidies they receive.

The solution to this energy dilemma, Musk says, is to introduce a price on carbon by defining a tax rate on greenhouse gas emissions or the carbon content of fossil fuels.

“The fundamental issue with fossil fuels is that every use comes with a subsidy,” Musk said.

“Every gasoline car on the road has a subsidy, and the right way to address that is with a carbon tax.”

“Politicians take the easy path of providing subsidies to electric vehicles, which aren’t equal to the applied subsidies of gasoline vehicles. It weakens the economic forcing function to transition to sustainable transport and energy.”

While reiterating these calls for a robust carbon tax, Musk acknowledged that introducing the concept would be “Hugely and politically difficult, especially when you have enormous lobbying power on behalf of the fossil fuel industry.”

The business magnate, therefore, believes that educating the public on climate issues will be essential in reeling back the fossil fuel industry’s influence over big political decisions, which has already led to European climate policies being dropped over fears of a mass exodus.

“We need to appeal to the people and educate them to sort of revolt against this and to fight the propaganda of the fossil fuel industry which is unrelenting and enormous.”

Musk used his time at the forum to discuss how Tesla have had an “Outside effect” on the industry, which has seen EVs grow from a “Stupid idea” to the hallmark of company portfolios.

Musk’s speech came on the same day that Tesla revealed that its pioneering Powerwall domestic energy storage system had hit 2,500 sales for the first quarter of 2016.

The Powerwall sales, which Musk expects to surpass $500m in 2016 and 2017, finally reached the UK this year, after SolarPlant engineers installed the first British Tesla Powerwall system at a home in Wales.