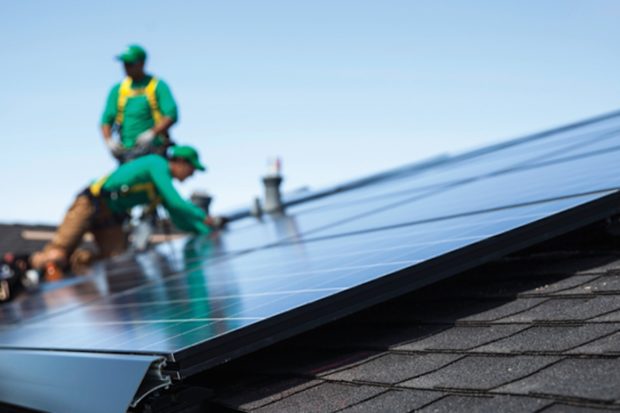 The price of rooftop solar systems for residential and small business continues to drop precipitously, and consumers are increasingly choosing to buy their systems rather than lease them to reap the full financial benefits.

In 2014, 72% of residential solar systems in the U.S. were owned by a third party, such as SolarCity, Vivant Solar, and Sunrun, according to a report by GTM Research.

“Our data and others are showing that consumers are trending away from the leasing option for owning their solar systems, either with a loan or with cash,” said Vikram Aggarwal, CEO of solar system marketplace EnergySage.

Last year, residential solar was once again the fastest-growing sector in U.S. solar, with more than 2gW installed for the first time and growing 66% over 2014.

PPAs are typically 20-year contracts where the solar system provider covers the system costs but receives the federal or state renewable energy incentives and sells the power generated at a fixed rate back to the consumer.

On average, a PPA agreement will save a consumer 30% of the per-kilowatt price charged by the solar system provider, which is lower than a standard utility rate.

As retail electricity costs continue to rise, the cost of solar has plummeted.

Taken together, large drops in hard and soft costs has lowered the installation price for rooftop solar panels to about $3 to $4 per watt of installed capacity; the normal installation today is 5kW (kilowatts, according to a report by the Lawrence Livermore National Laboratory.

Tyler Ogden, a solar analyst at Lux Research, said consumers are aware that the installation price for solar has fallen through the roof and see an opportunity to get all the financial benefits from installations, from tax incentives to free electricity.

There are pros and cons to owning a solar system, Ogden said.

As the cost of solar systems continues to decline and their efficiency continues to rise, owning becomes more viable compared to leasing or signing a PPA, Aggarwal argued.