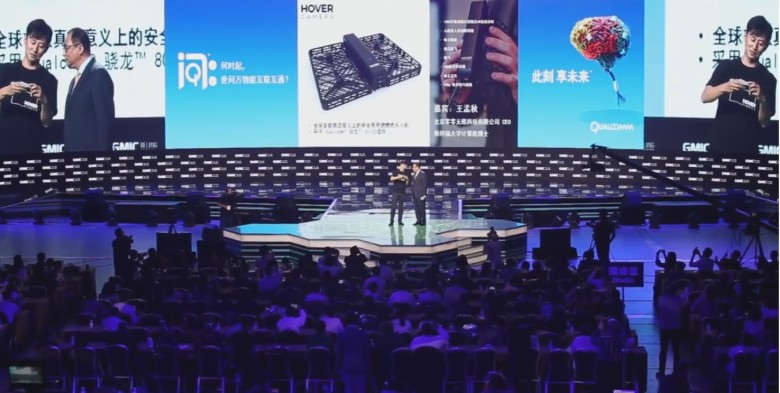 Economists may still classify China as a developing economy, but those of us in the technology space see China as the world’s largest incubator for new ideas and products.

At the Global Mobile Internet Conference in Beijing this week, a Tesla executive declared China essential to the carmaker’s plans for a global fleet of electric vehicles.

China’s power isn’t just about the size of its consumer market and its labor supply; China is an engine that will drive the next round of innovation.

Last year, Pew put the number of smartphone owners in China at 58 percent of the population.

That level of penetration has created fierce competition, allowing China to innovate and export in the mobile space; gone are the days of copycatting U.S. technology.

Alvin Wang, China regional president of HTC VR, welcomed attendees to the “Post-mobile era.” How could that be?

Add it all up, drones, WiFi-enabled devices, artificial intelligence, and virtual reality, and one can begin to see Wang’s point that the smartphone, once the holy grail of mobile tech, is just a stepping stone to a fully connected, totally immersive future.

Looking to the immediate future, it’s clear that China is already playing a significant role in the development of mobile technology and that the furtherance of that trend will be shaped by mergers and acquisitions.

In part, that assertion comes from China’s demonstrated capacity and will to lead technological innovation, but mergers and acquisitions also make sense for tech companies outside of China.

Tech products, after all, thrive on a scale, and China has the scale like no other.

Just as important, as a so-called developing economy, China is still very much in the middle of a massive build, and because it can leapfrog legacy technologies like landline telephones, Chinese technologists can remain nimble.

U.S. and European companies should see the emergence of China as a technology leader for what it is, a massive opportunity.