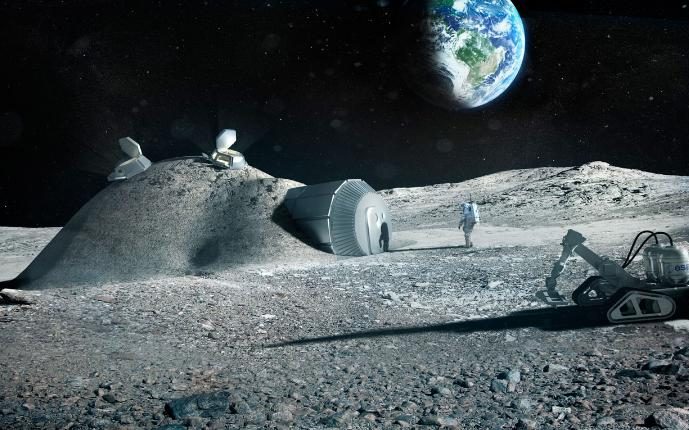 Scientists are increasingly viewing the Moon as an important stepping stone in a manned mission to Mars.

In January, the European Space Agency announced plans to build a 3D printed lunar village by 2030 made from Moon rock.

From there missions would set out to mine water, metals and minerals needed to help refuel spacecraft on their way further out into the solar system.

Dr. Paul Spudis of the Lunar and Planetary Institute in Houston believes that the first step will be to send robotic probes to the Moon to search for water and supplies before building a base and then slowly venturing further afield.

“The current belief that we are on our way to Mars is simply mistaken,” he said.

“One of the big surprises of the last ten years was to find that water appears in large quantities on the Moon.“.

“We want to start using robots not just to explore but to do practical work like prospecting for water. You can operate machinery on the Moon fairly easily because there is only a three-second communication delay with Earth.”

“We need to set up this system of a base on the Moon where people can go not just to visit but live there permanently.”