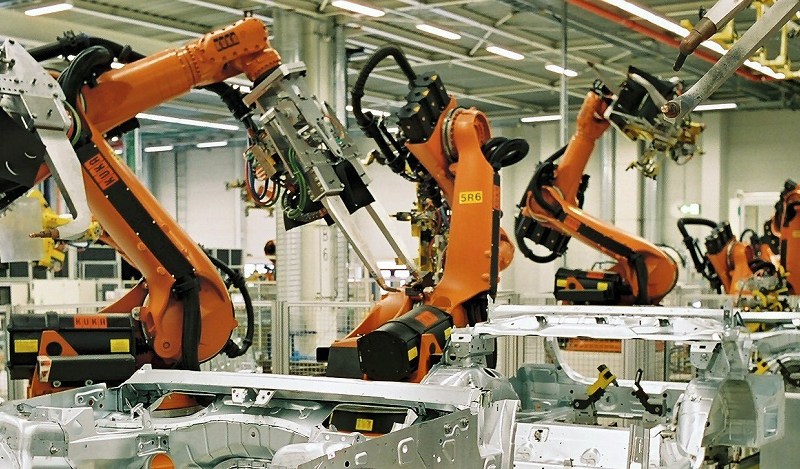 In 2014 alone, China accounted for 25% of global market share, and recent figures have expanded that lead dramatically.

These figures mark the sharpest per annum increase in history, and when compared to the years 2005 – 2008, the average number of robot sales was 115K.

An almost 50% increase is evidence enough to suggest that there has been a sharp uptick in industrial robot demand on a global scale.

Of all those countries, China is the one making the greatest advances in robotics, automation, and artificial intelligence.

There are two reasons why China has adopted an aggressive policy with regards to automation over manual labour.

China is facing an unusual set of challenges as living conditions for its working-class people begin to improve.

For starters, China is fast approaching a point where skilled labour has become difficult to come by.

The issue of automation is particularly evident in developing markets, such asBrazil, Russia, India, China and South Africa.

According to research conducted by the Oxford Martin School of the UK and Citi, some 75% of Chinese manufacturing jobs may be lost to robots.

In 2014 alone, China purchased 57K robots, and within the next two years, it is expected to buy 150K robots.

If the analysis is correct, as many as 3.5 million Chinese workers could be replaced by automation by 2020.

For decades, China was able to pay its workforce low wages, but those days are gone and costs are rising fast.

Once again, it is automation that is more of a threat to these countries than it is to China with a declining pool of employees.