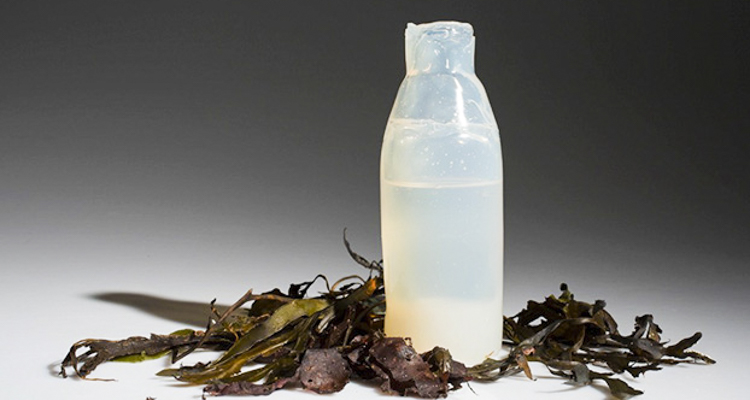 He feels this new water bottle could be an answer to the staggering amount of plastic waste produced every single day.

In the US alone, approximately 50 billion plastic water bottles are used each year.

According to Ban The Bottle, America’s recycling rate for plastic is only 23 percent, which means that, every year, 38 billion water bottles wind up in overflowing landfills.

That’s a scary thought when paired with the fact that plastic water bottles can take up to 1000 years to decompose.

Jonsson came across powdered agar while experimenting, which is a substance made from algae.

He rotated the mould while submerged in ice-cold water until the liquid inside the mould had taken the shape of the bottle.

Since the bottle is made from 100 percent natural materials, it is completely safe to drink from.

Of course, it would be a big step in eliminating plastic water bottles.

It’s not quite as simple as encouraging people to use reusable bottles or drink tap water.

It’s easy to pick up a bottle of water from the store, while you’re running errands on a hot day.

Or at festivals, concerts and fair, where you are not allowed to bring in your own drinks, buying a bottle of water is often necessary.

This is why changing the material that water is being sold in is a good first step to decreasing the amount of plastic waste we use each year.

Jonsson’s new water bottle is just another amazing use for this versatile and natural resource.