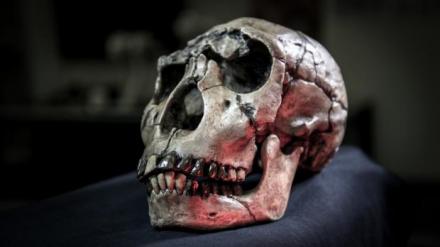 A new mathematical model explains the evolution of our teeth, and could help reveal new details of our evolutionary history.

Scientists have found a simple mathematical formula to explain the development of our teeth.

Teeth are important tools in evolutionary research as they are relatively hard and often better preserved than skulls and bone-and they can also reveal how extinct species once lived.

“Teeth are lovely fossils. Much of our knowledge of human evolution comes from dental studies,” says Professor Peter Kjærgaard, director of the Natural History Museum of Denmark.

According to Kjærgaard, who was not involved in the new research, the study gives us another important tool for using teeth to investigate the evolutionary history of our species.

“There’s been a big debate about how the jaw or the adjacent teeth interact during development. We show that the first molar inhibits the next, and the second molar inhibits the third, in what we call an inhibitory cascade,” says Jernvall.Our early ancestors tended to have larger molar teeth, which were positioned further back along the jaw.

Now the first molar tooth was the largest and the teeth on either side were smaller.

“In this context, the new study also explains why we are now losing our wisdom teeth-it’s simply a pattern that was already established at the beginning of our family tree,” says Jernvall.

So long as you know the species, the model can precisely describe tooth development and predict the size of teeth in the dental arch based on a single tooth.

In a perspective article in Nature, that accompanies the new study, Aida Gómez Robles, an evolutionary biologist from The George Washington University, USA, describes how ribs, vertebrae, limbs, fingers, and teeth are all formed in a similar way-by repeated variation of the same element.