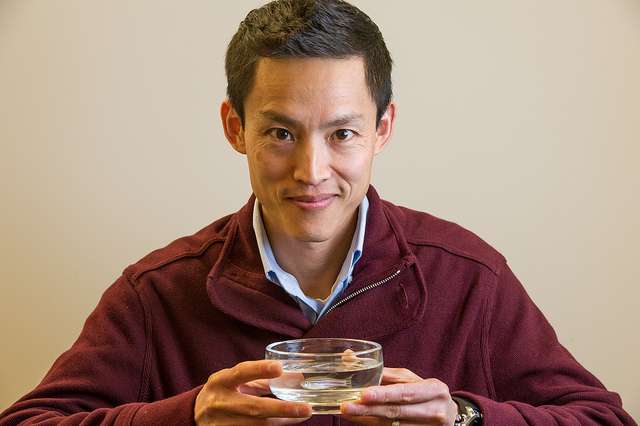 Heart disease is a leading cause of death in the western world.

Yin is using zebrafish to study the regeneration of heart tissue because of the amazing capacity of these common aquarium fish to regenerate the form and function of almost any body part, including heart, bone, skin and blood vessels, regardless of their age.

“Although zebrafish look quite different from humans, they share an astonishing 70 percent of their genetic material with humans, including genes important for the formation of new heart muscle,” Yin said.

“These genes are conserved in humans and other mammals, but their activity is regulated differently after an injury like a heart attack.”

Yin’s recent work is a continuation of earlier work identifying an experimental drug, ZF143, that accelerates the rate of tissue repair in damaged heart and limb tissue.

“It is our hope that Dr. Yin’s research will lead to additional potential therapeutic agents like ZF143 to reactivate mechanisms for the repair and regeneration of damaged heart muscle tissue in humans.”

Yin’s research has identified the role of a microRNA, miR-101a, a central genetic regulator, in stimulating both the growth of heart muscle cells and in removing scar tissue.

He describes these functions as the “Yin and yang” of heart tissue regeneration since scar tissue – which serves as an immediate “Band-aid,” but prevents the heart from beating properly over the long term – has to be removed for regeneration of new heart muscle tissue and restoration of function to occur.

In the United States, about 720,000 residents experience a heart attack annually, which means that hundreds of thousands of heart patients are living with the disabling complications of heart disease who could benefit from therapies to repair and regenerate damaged heart tissue.

With a clearer understanding of the genetic circuits leading to regeneration, Yin and his team will be able to develop additional drugs that allow the activity of these circuits to be controlled so that heart regeneration can be stimulated in patients who have suffered a heart attack.