Omnifocal Glasses Automatically Focus On Whatever You’re Looking At 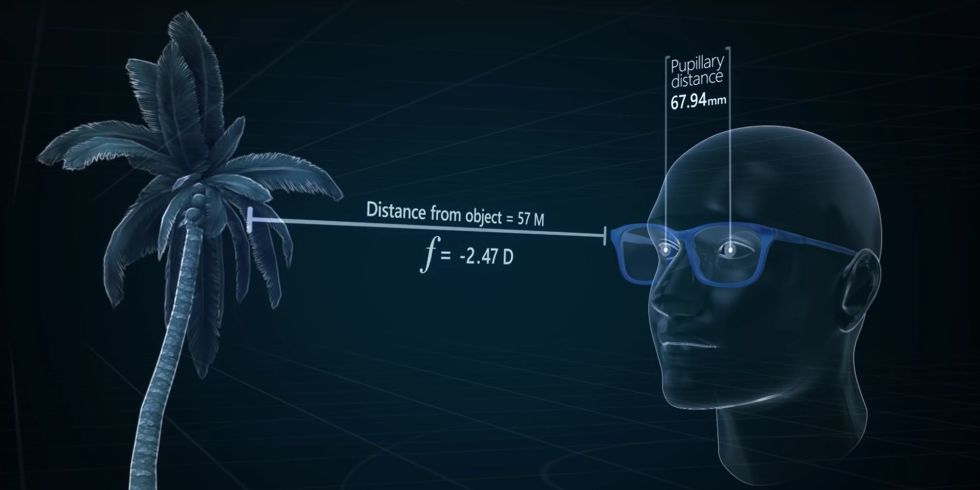 Inevitably you end up tilting your head back to peer through the bottom of a pair of multifocal glasses just to read something.

The Deep Optics lenses work by incorporating a layer of transparent liquid crystal that can be changed by an electric current.

The liquid can adjust the refractive index of the lens-the way it bends light passing through-to effectively change the prescription of the glasses according to the distance of the object your eyes are focusing on.

Sensors in the glasses track the pupils of the wearer.

Changes in pupillary distance, or the distance between the centers of the two pupils, indicate the depth of an object that a person is trying to focus on.

A processing unit built into the glasses can use the pupillary distance to calculate exactly how far the user is from the object, and the correct electrical current alters the liquid-crystal layer to provide the perfect prescription in real time.

Liquid optics technology like this already has been used in smartphone camera lenses, but Deep Optics‘ omnifocal lenses apply the technology on a much larger scale.

Deep Optics CEO Yariv Haddad told Technology Review that the glasses would stay focused on distant objects as a default until the wearer looks at something close up, triggering the system that alters the lenses.

“[They] just have to look through the glasses as they would with any glasses prior to that.

The company has a lot of work to do to perfect the lenses and shrink all the electric components so they can be crammed into a normal-looking pair of glasses.

Deep Optics also believes that the constantly changing lens technology could be used in virtual reality headsets, which force users to focus on a flat display as well as 3-D images-a disorienting experience for some people.

With liquid crystal lens technology, you won’t have to worry about puking when you finally get to play the VR first-person shooter of your dreams.