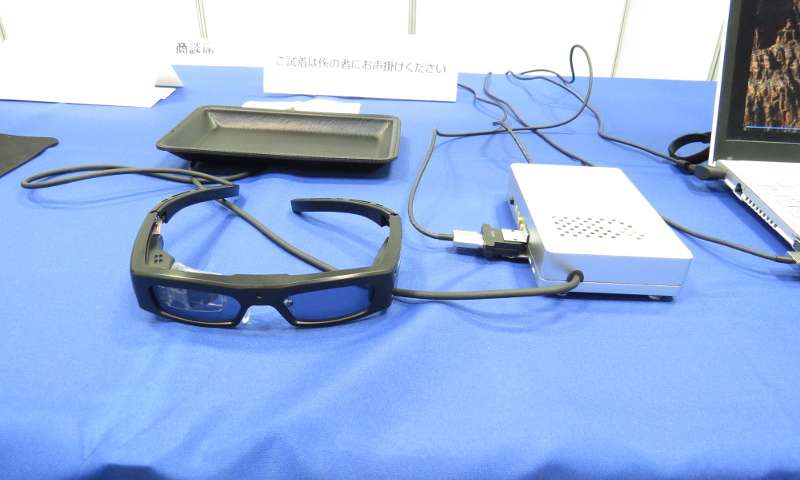 A Japanese company called QD Laser in collaboration with the University of Tokyo has developed a pair of glasses that come with a tiny camera that captures data and a laser that prints imagery from the camera directly onto the retina.

The glasses are still in the prototype stage but researchers with the project gave a demonstration in Osaka last week at the 1st Medical IT Solutions Expo of Medical Japan, indicating that they do work at least to some extent.

The retina, is of course, a layer of cells on the back of the eyeball that receive light from other parts of the eye and then trigger nerve impulses that send information to the parts of the brain that decipher the imagery data that is sent.

The new glasses override the function of the lens and other associated eye parts, making it possible for people with problems of the outer eye to see.

The glasses have been developed as a medical device intended to help people with vision problems, but the researchers also plan to market the glasses as a VR device as well.

The approach appears to have an advantage over other such efforts because the glasses look very nearly like ordinary glasses-the technology is hidden inside reducing bulk.

That sets them apart from cumbersome goggles or even devices such as Google Glass.

As a medical device, the glasses are intended to help weak-sighted people, those who have trouble focusing, for example, not those who are blind.

Weak-sightedness is typically caused by problems with the muscles that control lens focusing-projecting directly onto the retina bypasses such problems and thus represents a new approach to restoring vision in such patients.

Despite being billed as utilizing an ordinary pair of glasses, the prototype is still a little bulky, reporters at the Expo noted, but the company hopes to make them less so-there is also of course the issue of how much power is needed to run the glasses and how sharp of an image they can produce.

The company plans to commercialize the glasses sometime this month with finished improvements by the end of next year.