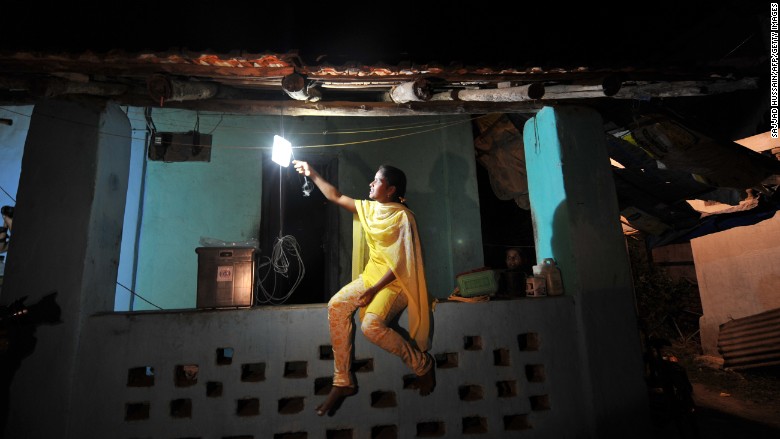 The price of solar power has plummeted in recent months to levels rivaling that of coal, positioning the renewable source as a viable mainstream option in a country where 300 million people live without electricity.

Solar prices are now within 15% of coal, according to KPMG. If current trends hold, the consultancy predicts electricity from solar will actually be 10% cheaper than domestic coal by 2020.

At a recent government auction, the winning bidder offered to sell electricity generated by a project in sunny Rajasthan for 4.34 rupees per kilowatt hour, roughly the same price as some recent coal projects.

“It’s a huge relief for countries like India which want to get more and more solar power.”

The environmental benefits of solar will be even more pronounced if its rise comes at the expense of coal, which currently makes up 60% of India’s energy production.

India’s coal has a high ash content, and it releases toxins and metals into the air when burned.

In order to expand electricity access as quickly as possible, he wants to double double coal production by 2020.

“It’s important to emphasize that coal is going to remain a crucial part of India’s future,” said Sasha Riser-Kositsky, an associate at Eurasia Group.