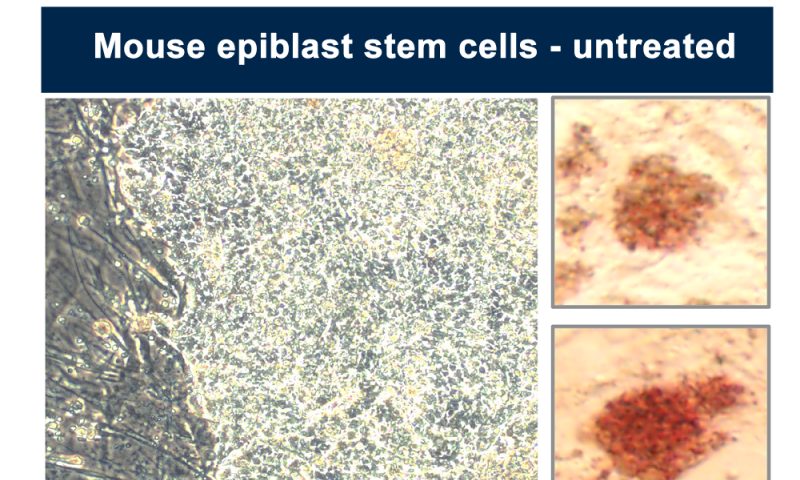 If you want to harness the full power of stem cells, all you might need is an eraser.

If they can’t read that manual, the cells regain their full stem cell power – the power to become any kind of cell in the body.

It’s the first time that scientists have shown they can get stem cells to revert to their original state by erasing specific labels called epigenetic markers.

Writing in the journal Cell Stem Cell, the team reports that more than half of mouse epiblast stem cells treated with the drug reversed course within three days, and regained an embryonic “Be anything” state, also called pluripotency.

In addition to generating pluripotent stem cells, the team showed that mice bred using the cells grew up healthy.

Currently, embryos left over from infertility treatments are the only source of human embryonic stem cells.

Past attempts by other teams to restore pluripotency to mouse cells from the epiblast stem cell state have yielded far lower amounts, or non-viable cells.

The U-M-developed drug targets the labels that come from the activity of a gene called MLL1. MLL1 plays a key role in the uncontrolled explosion of white blood cells that’s the hallmark of leukemia, which is why U-M researchers originally developed MM-401 to interfere with it.

So using MM-401 to block MLL1’s normal activity in cells that had started down the path to adulthood meant that histone marks were missing before the cell needed them.

The cells couldn’t continue on their journey to becoming different types of cells.