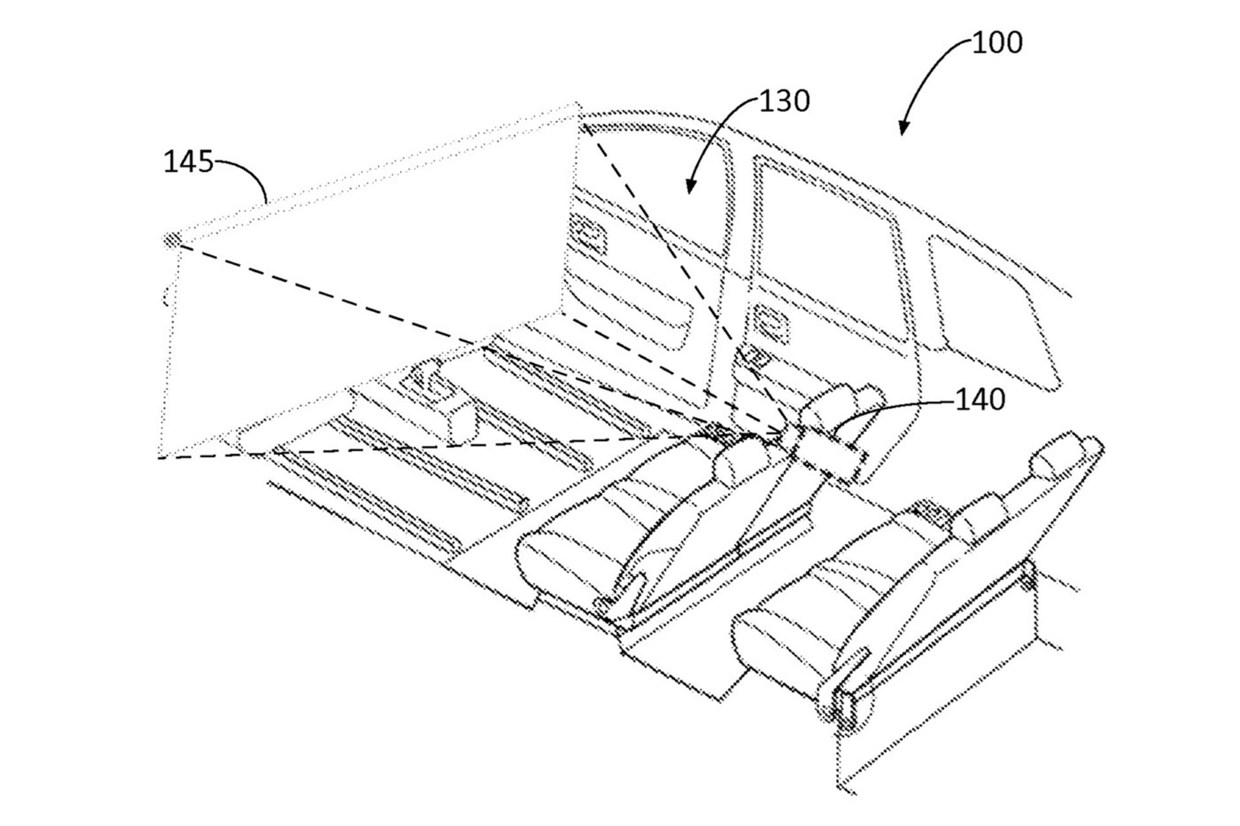 The future heralded by driverless cars promises to be safer – mostly – but also, probably, a lot more boring.

If Ford has any say in it, you’ll be kicking back and watching a movie on your windscreen while cruising down the motorway.

The American motor company has filed a patent for an “Autonomous Vehicle Entertainment System” to be used in self-driving cars.

From the accompanying image, Ford’s mock-up envisages a drop-down projector screen as the main viewing method.

Ford suggests that viewing material could be transferred to smaller screens when the driver is in control, “Such as a display in the dashboard“.

Although Ford is putting considerable effort into driverless cars, in-car cinemas might be a bit further off.

Ford spokesperson told Forbes “We submit patents on innovative ideas as a normal course of business. Patent applications are intended to protect new ideas but aren’t necessarily an indication of new business or product plans.”

It could be a while before you can kick back and watch Mad Max or play Rocket League from the comfort of your front seat, but with the idea out there and autonomous cars getting smarter, it may not actually be too far off.