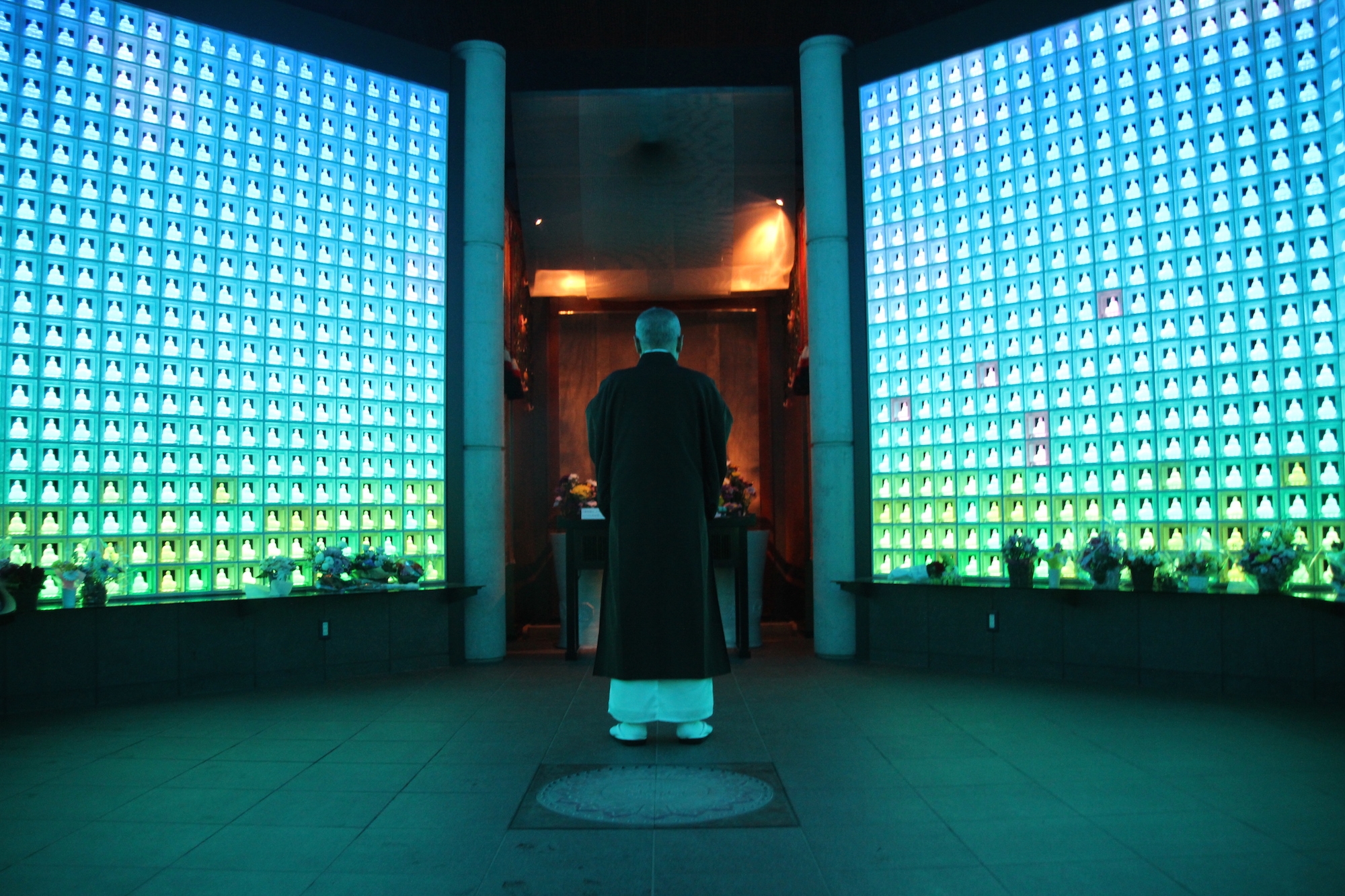 Nakajima’s chosen Buddha statue is flanked on all sides by a collection of 2,045 LED-lit statues of variant hues, spread across the walls of this alternative graveyard space.

Synced up to swipe cards, the statues glow a different color when a visitor arrives so they can be located more easily.

As people die, their cremated remains are stored in burial urns and placed inside the family grave.

Such cemeteries often use smart cards to allow people to store their information and that of their deceased relatives so that they can swipe to enter the building, and swipe once again to light up and distinguish their specific Buddha statue from the rest.

So she decided that when she died, she would split her remains between her deceased husband’s family tomb in Kyoto and a locker behind her chosen Buddha statue at Ruriden.

“All these glass Buddha statues are like your compatriots, and you’ll be there with them once you die“.

“In the past, everyone had a grave each, but space became an issue so family graves that house many people were established. These were passed on from generation to generation,” Yajima told me.

For him, the central idea of Ruriden is to provide a resting place where people without children or large families will not feel alone in the afterlife.

“The people who usually register for a plot here are either single or don’t have children-they feel sad that they don’t have family, but they know that once they’re dead, they’ll be surrounded by others like them in Ruriden,” he said.

“All these glass Buddha statues are like your compatriots, and you’ll be there with them once you die. If you can think that you’re going to be with your friends once you’re dead, you won’t be sad.“.

Currently the Buddha statues represent everyone from a nine-month-old baby to a 99-year-old woman.

Maintenance fees will no longer be requested, and people’s remains will be moved from the locker and placed in a communal resting place underneath the edifice.

Each glass Buddha statue already does or will represent a deceased person.

At Rurikoin as at Ruriden, each family possesses a swipe card that stores information regarding their locker number and details of their cremated relatives.

Over at Ruriden, Yajima took a moment from consulting with Nakajima to tell me that that month’s themed light up show at the burial complex was based on the four seasons, and that’s why the Buddha statues were changing between autumnal reddish hues, wintry blues, and summery greens.