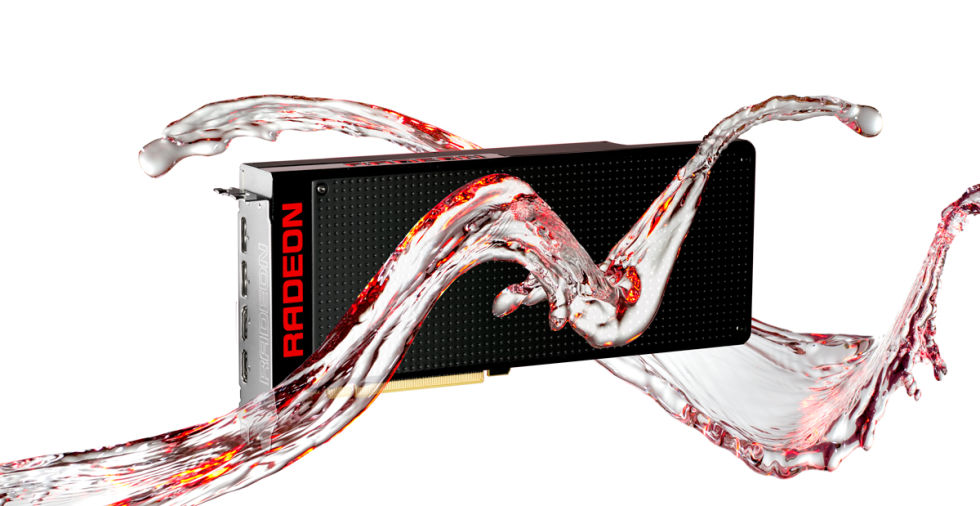 After first being teased at E3 2015, AMD has finally made its dual Fury GPU official.

Both GPUs on the Radeon Pro Duo sport the full array of 4096 stream processors, 256 texture units, and 256 ROPs.

Like the Fury X, the Radeon Pro Duo is liquid cooled via an all-in-one unit with a 120mm radiator.

AMD hasn’t dropped exact size details on the Radeon Pro Duo just yet, but it looks to be substantially smaller than the huge 307mm length of the R9 295X2.

AMD’s press shots show a Duo reference card installed on an MSI X99A Raider ATX motherboard, and the Duo appears to be the exact same width as the board, which would make it a mere 244mm long.

The Radeon Pro Duo does extend above the standard PCIe card height, meaning it may not fit in all cases.

The company has partnered up with Crytek and its VR First initiative to kit out the VR First Lab at Bahçeşehir University in Istanbul with Radeon Pro Duos, and promises to extend the scheme to the likes of Stamford and UCL at a later date.

AMD will be showing off the high-end version of Polaris, Polaris 10, at this year’s GDC. Indeed, Polaris-or Nvidia’s upcoming Pascal-is perhaps the biggest reason not to buy Radeon Pro Duo, even if you can afford it.

A Classical Math Problem Gets Pulled Into Self-Driving Cars

GizmoCrazed - May 26, 2018 0
Long before robots could run or cars could drive themselves, mathematicians contemplated a simple mathematical question. They figured it out, then laid it to...

How Virtual Reality Will Reshape Your Workout