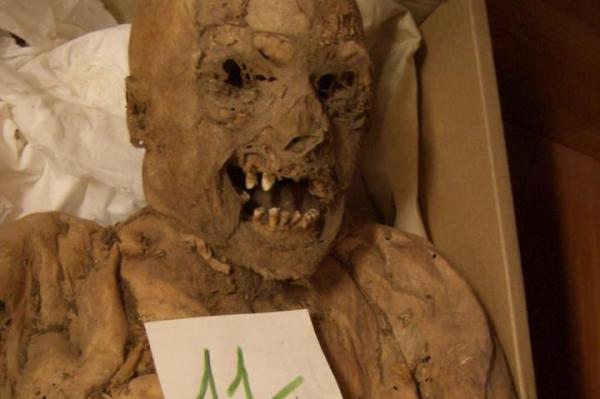 A gene mutation associated with colon cancer has been discovered in an 18th century Hungarian mummy.

Recent DNA analysis of the preserved tissue revealed a mutation of the Adenomatous polyposis coli gene, or APC gene – a gene linked with the deadly gastrointestinal disease.

“Colorectal cancer is among the most common health hazards of modern times,” Rina Rosin-Arbesfeld, a researcher at Tel Aviv University, said in a press release.

“We wanted to discover whether people in the past carried the APC mutation – how common it was, and whether it was the same mutation known to us today,” Rosin-Arbesfeld continued.

“In other words: Is the increase in the incidence of cancer the result of man’s manipulation of nature alone?”.

Researchers say the discovery – detailed in the journal PLOS ONE – may pave the way for further exploration of pathological origins in preserved tissue.

Modern habits, including the consumption of processed foods and lack of exercise, have been strongly linked with colorectal cancer.

“Our data reveals that one of the mummies may have had a cancer mutation,” researcher Ella H. Sklan said.

Because the gene mutation was found in only a single specimen, researchers say they won’t be able to draw concrete conclusions.

Further exploration and a larger genetic sample size are needed.