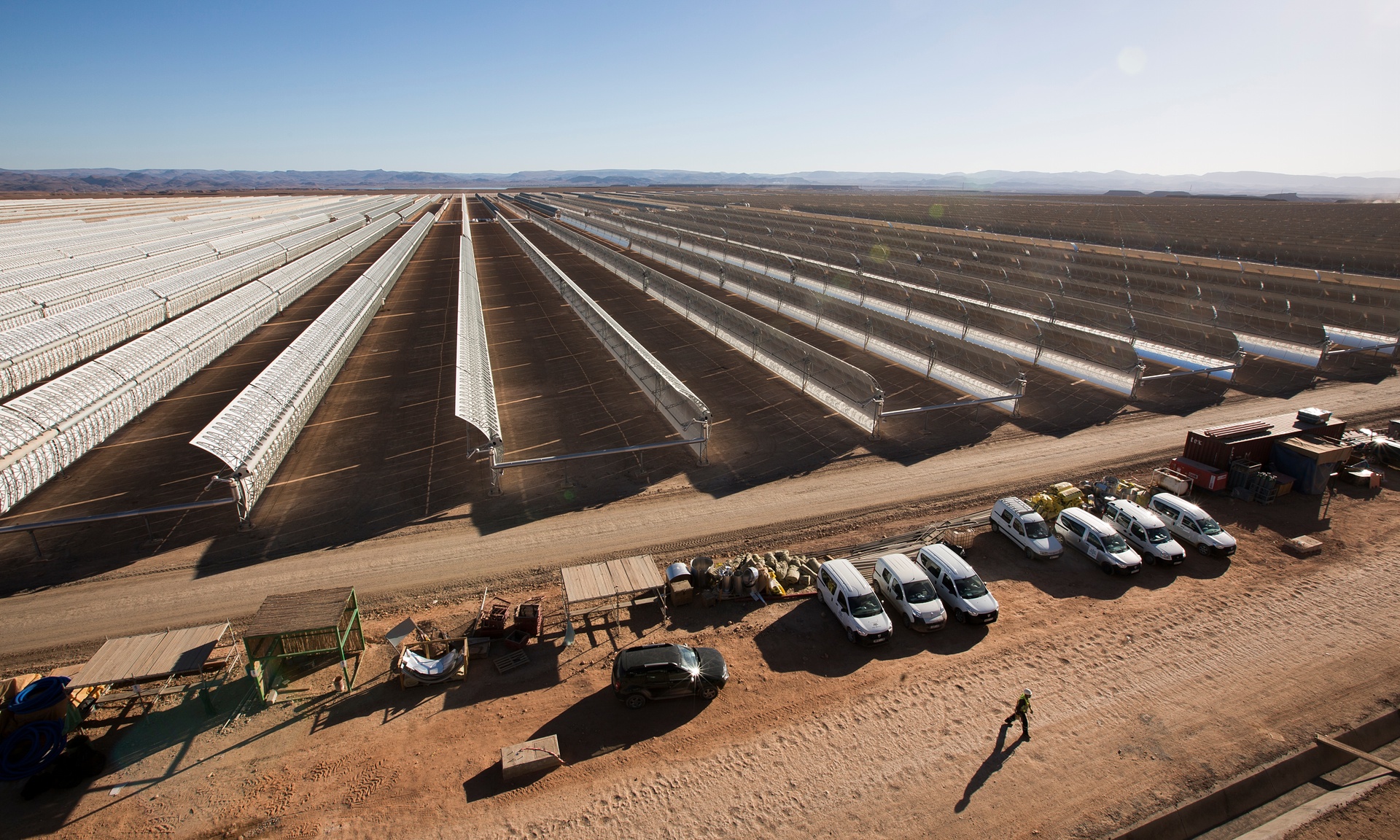 Morocco’s King will switch on the first phase of a concentrated solar power plant on Thursday that will become the world’s largest when completed.

The power station on the edge of the Saharan desert will be the size of the country’s capital city by the time it is finished in 2018, and provide electricity for 1.1 million people.

Noor 1, the first section of the town of Ouarzazate, provides 160 megawatts of the ultimate 580MW capacity, helping Morocco to save hundreds of thousands of tonnes of carbon emissions per year.

“At around 2pm, the king will press a button, the parabolic mirrors will start turning, the heat will begin to turn the turbines, and the plant will come to life,” said Maha el-Kadiri, a spokeswoman for Masen, Morocco’s renewable energy agency.

After it is switched on, the plant will initially provide 650,000 local people with solar electricity from dawn until three hours after sunset.

“It is a very, very significant project in Africa,” said Mafalda Duarte, the manager of Climate Investment Funds, which provided $435m of the $9bn project’s funding.

“Morocco is showing real leadership and bringing the cost of the technology down in the process.” The North African country plans to generate 42% of its energy from renewables by 2020, with one-third of that total coming from solar, wind and hydropower apiece.

Morocco hopes to use the next UN climate change conference, which it hosts in November, as the springboard for an even more ambitious plan to source 52% of its energy from renewable sources by 2030.

“Between now and, many projects will have come to light and we will prove that we can match our energy demands with renewables,” the country’s energy minister, Abdelkader Amara, said at a meeting during the Paris climate summit in December.

CIF estimates that if international banks and governments deployed another 5GW of solar energy, electricity production costs could fall by 14%. Scaling that up to 15GW would cut costs by 44%. Some $3.9bn has been invested in the Ouarzazate solar complex, including $1bn from the German investment bank KfW, $596m from the European Investment Bank and $400m from the World Bank.

If the dreams of its architects are realised, the resulting energy will eventually be exported north to Europe, and eastwards to Mecca, as well as providing a secure source of energy at home.

“Morocco knew their demand for electricity was growing at 7% a year and that they were dependent on imports for 97% of that energy,” Duarte said.