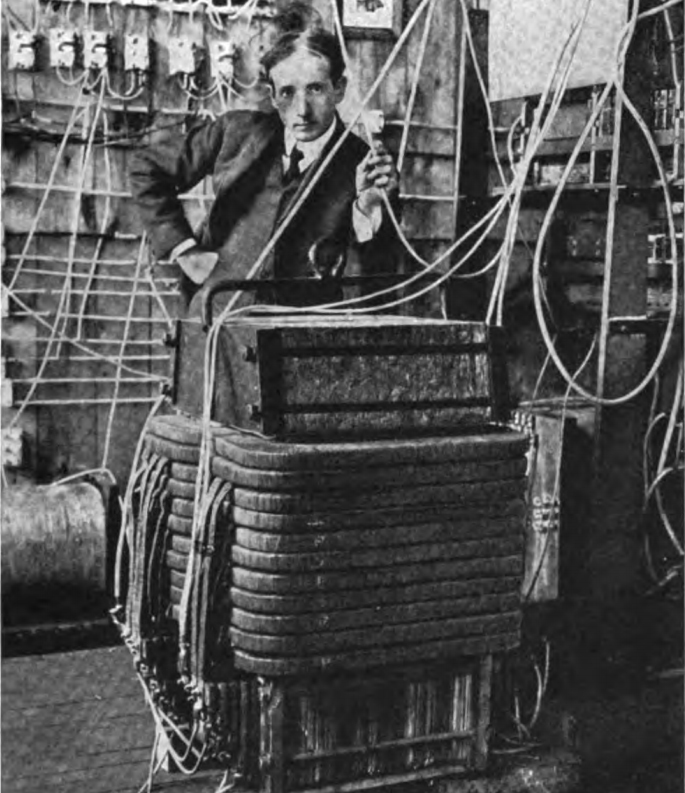 One of the year’s biggest albums, Adele’s 25, was released on November 20, but not made available on Apple Music, Spotify, or any other streaming app by the artist’s own decision.

On November 23, music service Rdio, the first smartphone-era music streaming service to try to crack the U.S. market, began winding down after five years of struggling to attract paying subscribers.

Rdio, however, was not the first service to allow American subscribers to stream music from their phones. That honor goes to the telharmonium, the first patent for which was granted in 1897. It was, essentially, a Victorian Spotify.

Invented by lawyer Thaddeus Cahill and initially known as the dynamophone, the telharmonium made use of telephone networks to transmit music from a central hub in midtown Manhattan to restaurants, hotels, and homes around the city.

In a room on a floor above the music plant were two keyboards attached to all the rotors and generators by wires.

Explained McClure’s, the “Electric waves sent out by the great central machine are transformed, by the familiar device of the telephone, into sound waves, and reach our ears as symphonies, lullabies or other music, at the will of the players.”

The Times reported that after the clock struck midnight, the first thing Twain did to usher in 1907 was “To glory in the fact that he would be able to rejoice over other dead people when he died in having been the first man to have telharmonium music turned on in his house-‘like gas.'”.

The people in question would pay 20 cents an hour to listen to as much opera, symphony, or rag time music as they liked, with the ability to switch their live entertainment on and off whenever they pleased.

In April 1907, Hammond Hayes, head of AT&T’s engineering department, determined that “Any investment in the telharmonium would be enormously expensive and unprofitable for many years,” according to Magic Music from the Telharmonium.

Though the telharmonium did not ultimately succeed, it had a profound impact on the development of electronically generated music.

In the early 20th century, the idea of music being piped into your living room from miles away via, in the words of the Times, the “Magic of wonder-working electric forces” was astounding.

Now, on-demand music, stored in a cloud and streamed to your phone, is ubiquitous.