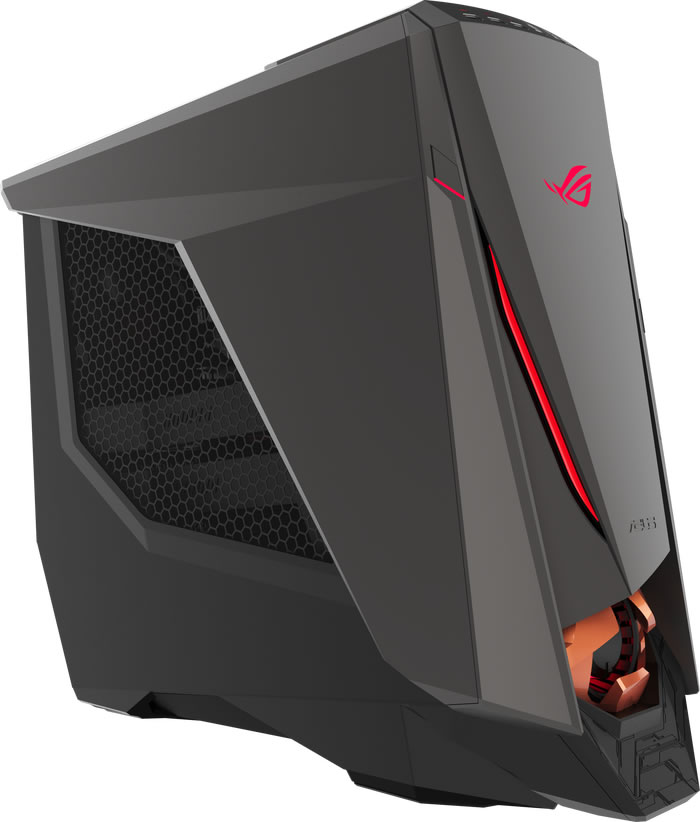 During CES 2016 Asus unveiled an absolute beast of a gaming PC the ROG GT51, which is probably one of the most audacious, aggressively designed gaming PC’s I’ve ever seen. Why do I say this you ask? Well firstly it comes in a grey and copper colour scheme that according to the Asus press release is named “armour titanium and plasma copper,” which sounds incredible on its own. 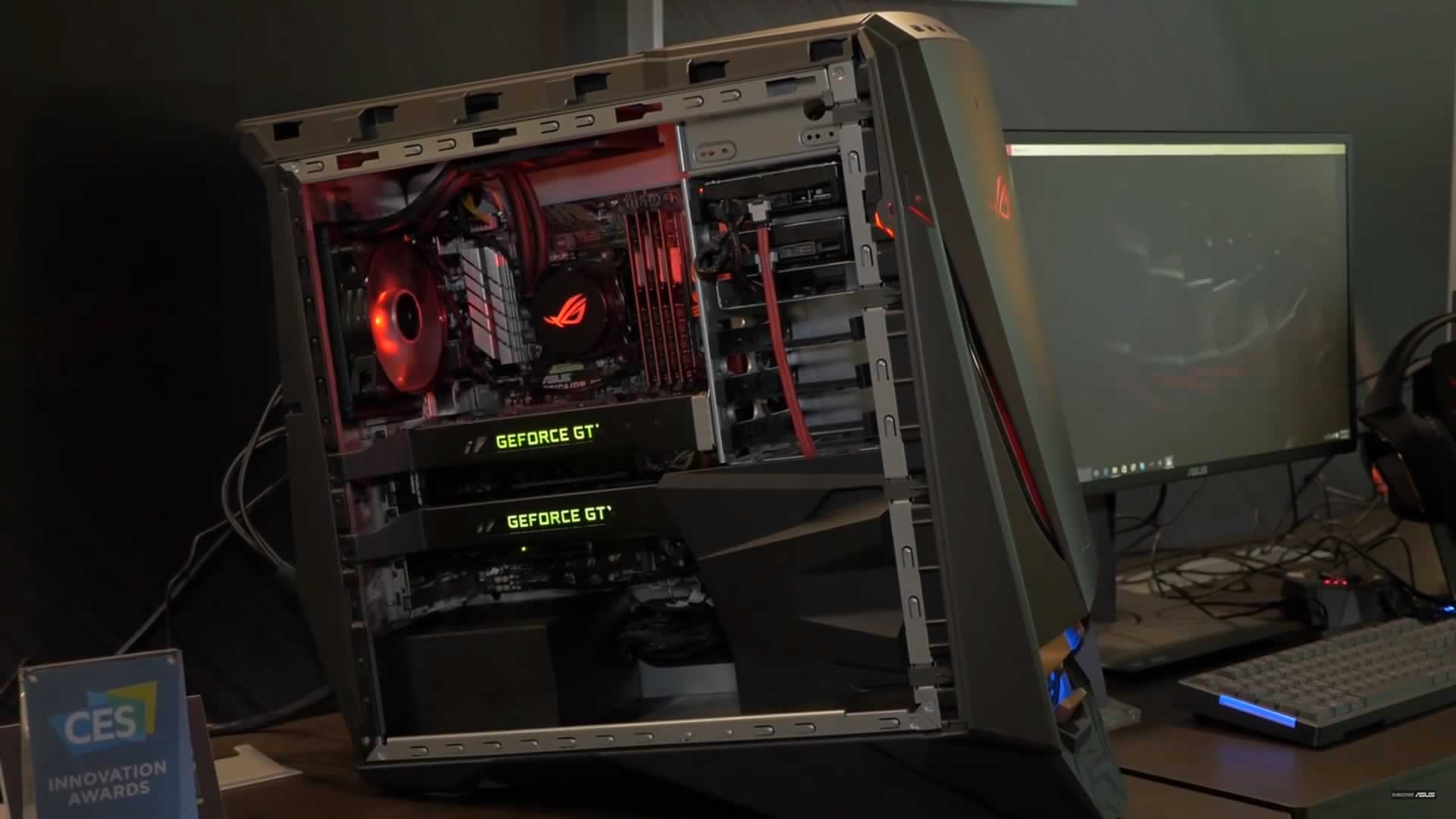 What’s more it has its own lighting display with up to eight million colours, which includes lights inside the case’s side panel and vertical lights moving up and down the front panel. Alongside this there’s an air tunnel based cooling system on the bottom half of the machine’s front that looks alien like.

However when you dig deep into this you realize it’s not there solely for aesthetic reasons it’s there for bringing air in through the front panel, and ousting it through vents on the top and rear, all of which is combined with liquid cooling to keep the GT51 from overheating. From all this info you can see why it won the 2016 CES Innovation Award in the Gaming and Virtual Reality category because it just looks outstanding. 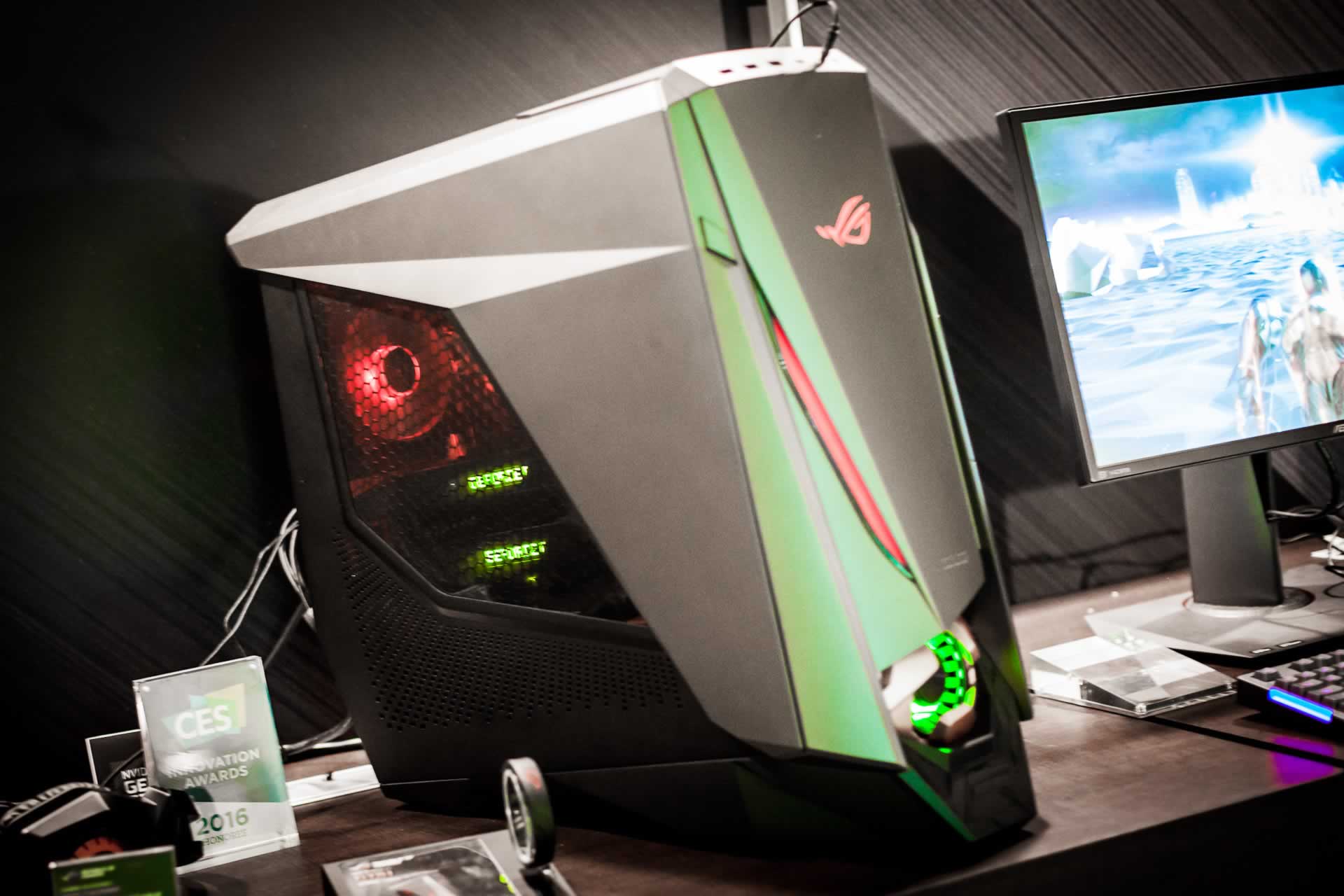 When it comes down to specs the ROG GT51 is powered by a 6th-gen Intel Core i7 processor, and has room for up to two NVIDIA GeForce GTX TITAN X graphics cards in SLI, giving it both astonishing performance and high quality graphics.

Alongside this the GT51 features the ROG Turbo Gear that allows users to overclock it with just a single click as well as the ASUS-exclusive Aegis II app to help monitor the system parameters. What’s more the ROG has a USB 3.1 Type-C port on the front that’s capable of transferring up to 10 Gbps and is able to quick-charge mobile devices as well.

But I have to say the stand out feature of the GT51 is the included NFC-enabled rubber wrist band that acts as a personal security key, why do you ask? Well, as the system supports shadow partition which is a hidden hard-drive partition, it can be set to unlock only when the wristband is held to the NFC contact point on the front of the system.

What’s more the wristband can also activate some of the system’s built-in overclocking, meaning you can wave your arm in front of the chassis to trigger the overclocking.

Overall I’d have to say the Asus ROG GT51 is an outright monster gaming PC that will have huge appeal amongst gamers due to its features and components, and while it might not come cheap it’s definably one of the best gaming PC’s currently.

Make sure you get the best deal on a gaming laptop and head over to Save on Laptops who have a wide range of laptop brands at competitive prices, perfect if you’re searching for gaming laptop on a budget.