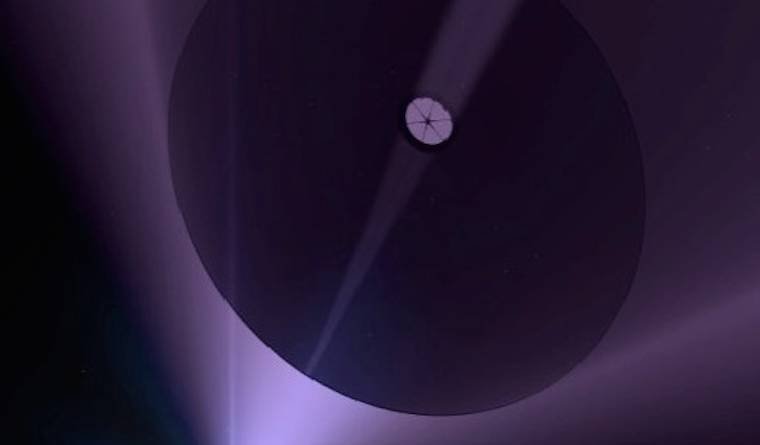 It might sound like science fiction, but we already know how to make objects move at near light speed.

Physicists do it all the time inside particle accelerators, where they accelerate particles to relativistic speeds just a small fraction below the speed of light.

Bwhen we try to reach these speeds on a macro scale, we run into all kinds of problems.

Things like spacecraft are really heavy, especially when they’re loaded down with fuel for long trips, and it’s difficult to accelerate them to really fast speeds.

Researchers say eventually, with a scaled up version of laser propulsion, a full-sized, 100-kilogram spacecraft could get to Mars.

It’s only traveling at about of the speed of light, according to Popular Science.

If we ever want to become interstellar travelers, that sluggish speed simply won’t cut it.

So Lubin has proposed a laser system called photonic propulsion, in which spacecraft equipped with giant laser sails could be pushed along to increasing speeds with a powerful laser.

Instead of relying on one giant, ultra-powerful laser like the one on the Death Star, which are too impractical to build, Lubin is proposing a series of laser amplifiers that can sync up multiple lasers and combine them into one powerful beam.

“There is no known reason why we cannot do this,” Lubin says in a video explanation of laser propulsion.

Right now we have laser amplifiers about the size of a textbook, but.

Currently there’s no way to slow down one of these spacecraft once it approaches relativistic speeds.

Interstellar travel isn’t the only thing this laser array could do.

Space Photos of the Week: When Billions of Worlds Collide

Google's experimental email client, Inbox by Gmail, has only 6 months...