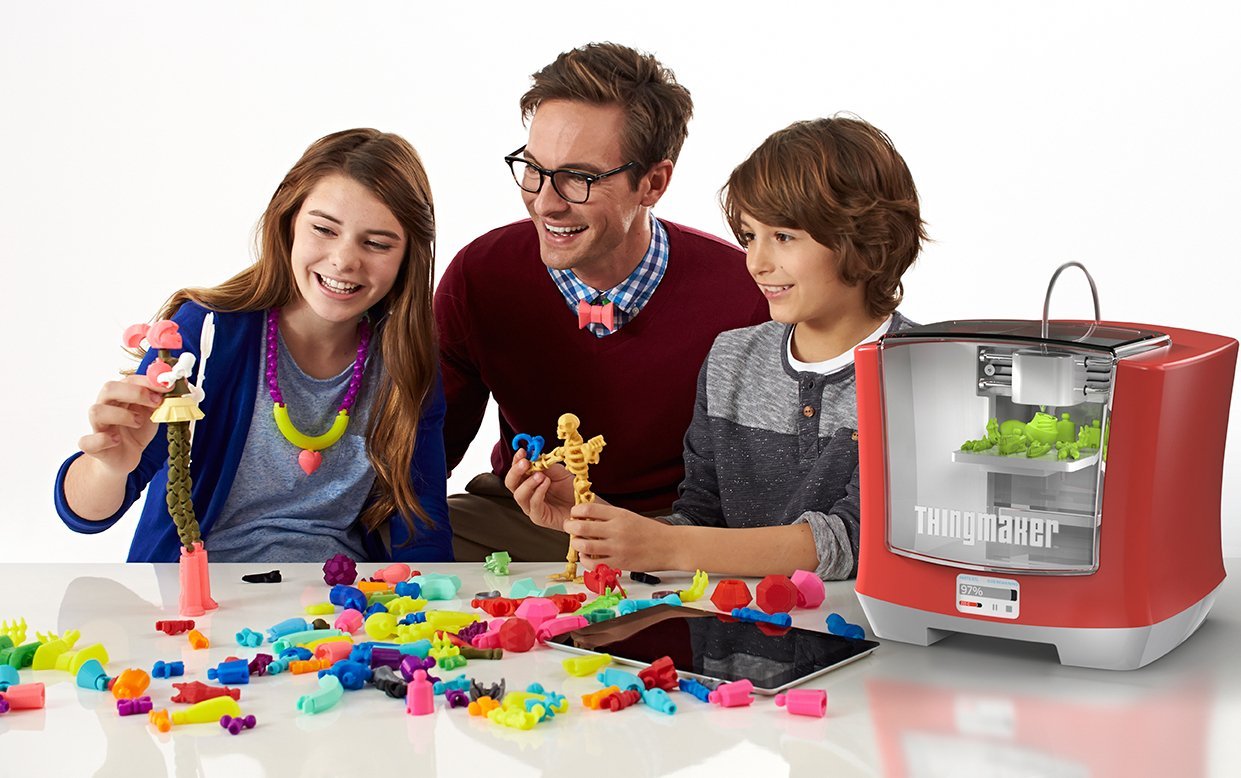 At New York’s Toy Fair trade show over the weekend, Mattel unveiled its new, $300 3D Printer, the ThingMaker which will allow children to print their own toys at home.

as well as with other standard 3D printers already on the market.

While there are affordably priced 3D printers available today, the software that works with them can sometimes have a learning curve that can hinder adoption.

The toys can be customized with different colors and textures, and will bend and twist in the app so you can get a feel for how they’ll work after they’ve been printed.

When a design is complete, the app lets you export the STL print files wirelessly to your at-home printer, whether Mattel’s or otherwise.

The idea isn’t just to print an object and be done, however – instead, kids will print parts that can be assembled to form larger creations, like dolls, robots, dinosaurs, scorpions, skeletons, bracelets or necklaces, for example.

What’s interesting here is the potential for Mattel to tie into other children’s’ brands it already owns or licenses and bring them to life through 3D printing.

The physical parts are printed in batches then assembled through ball-and-socket joints that snap together.

The printing head will also retract when not in use, which will help to keep kids safe from burning their fingers by accidentally touching the heated part.

While printing out toys is something that seems like it would appeal to littler kids – Mattel covers itself from a liability standpoint by saying the device is “Designed for users ages 13 and up,” USA Today reports.

The simplicity of the app and printer’s design combined with its purpose involving toy printing will likely see parents of younger children bringing the device into their homes.

The printer won’t actually become available for purchase until later this fall, but pre-orders on Amazon are kicking off today. 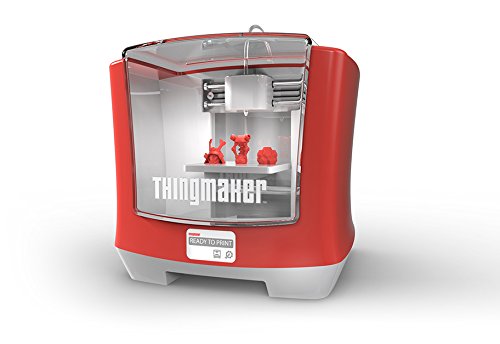