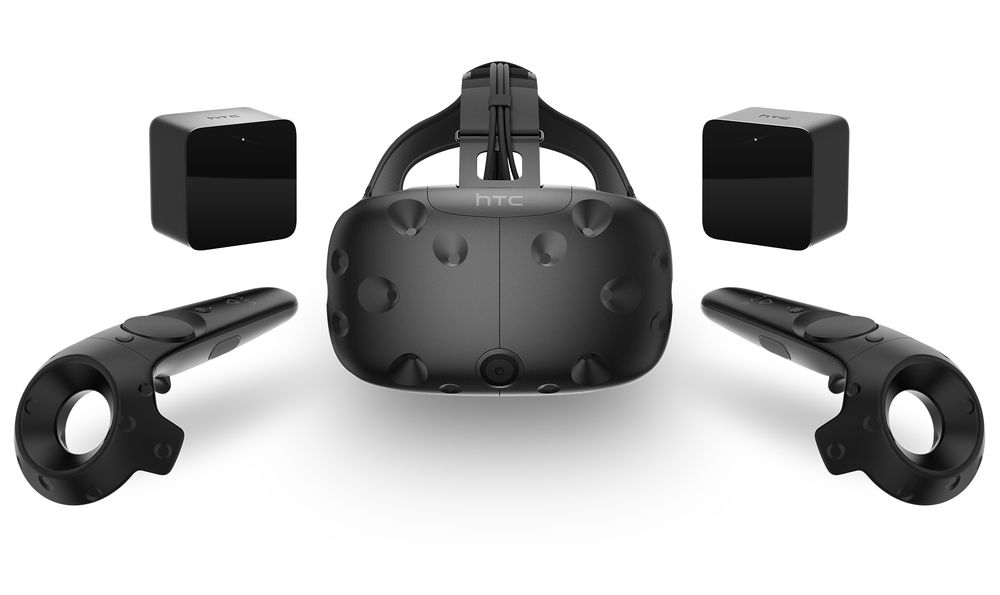 The HTC Vive, which made its big debut at Mobile World Congress last year, returns to Barcelona today with an official $799 price and a February 29th preorder date.

Announcing the price of the Vive Consumer Edition a day before MWC’s official kickoff, HTC has detailed the full kit that will come with the Vive and also added the news of smartphone functionality for the VR headset.

The Vive will include integrated phone functions that allow the user to answer calls, check text messages, and view calendar reminders without removing the headset or stopping play.

iOS and Android will be the two supported mobile operating systems.

In the Vive Consumer Edition box will be the head-mounted display itself, the two wireless controllers, a pair of Vive base stations, a Vive Link Box, and a pair of Vive ear buds.

HTC says it’s made a number of refinements from the Vive Pre, including an improved head-strap, more polished finish, superior ergonomics, and the addition of a built-in microphone.

Like everything else on the Vive, the microphone will have an open API and HTC and Valve hope developers will “Go nuts” when coming up with creative uses for it.

For a limited time, the HTC Vive will be bundled with two free VR games: Job Simulator: The 2050 Archives and Fantastic Contraption.

The recommended minimum spec for the Vive is either an Nvidia GeForce GTX 970 or an AMD Radeon R9 290 graphics card.

There will be bundles with PC and graphics card partners, which should save buyers some money when getting a new computer along with the Vive, but HTC and Valve aren’t announcing those just yet.

HTC Vive preorders begin at 10AM ET on February 29th in 24 countries, with deliveries expected in early April.

When asked if they anticipate having any preorder shortages as Oculus experienced with the $599 Rift in January, HTC and Valve said they have no such worries.

At $799, the Vive is obviously pricier than its most immediate competitor, but estimates of its price were scaling heights in excess of $1,000, so announcing a figure so close to the Rift is likely to be interpreted positively.