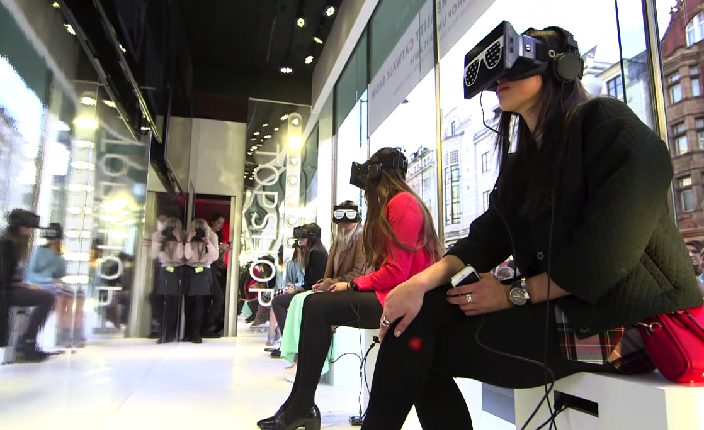 In case you happen to be someone who lived in the United Kingdom in the 1980s, you might remember following a game show on television by the name ‘Knightmare’.

Based in a virtual environment, the game show requires us to follow a contestant who shuffles here and there wearing an enormous helmet.

The disoriented contestant is unable to see anything as he shuffles about while responding to the never-ending commands by all the partners.

The viewers can see superimposed graphics which make various potions as well as medieval characters.

It may be over the top, but it was too good for its time.

Virtual reality has seen many ups and downs since that time.

Technology may have enhanced over the years, but virtual reality still requires a lot of attention before it can be properly utilized.

To be fair, virtual reality is expected to hit the market with full flow in 2016.

Oculus Rift bought by Facebook is leading the race at the moment.

Once it officially launches, Oculus Rift would demonstrate exactly what it is capable of with Oculus Rift compatible games that follow its release.

The real challenge will be to utilize its potential beyond just games.

The fashion industry seems to be boiling with ideas in this regard.

V-commerce might soon emerge as a result of this.

Only retailers who are willing to innovate will adopt VR sooner than the rest.

This would make shopping more engaging and fun.

It would allow brands to compete better and offer advantages to shoppers alongside.

Interactive marketing would let shoppers view a product using various angles and perspectives before they can make a well-informed decision.

Though, such things as VR headsets won’t allow the integration needed in this regard.

Perhaps, something along the lines of Google Glass would help.

How can a virtual reality game improve the diagnosis of dementia?

The meaning of life in a world without work