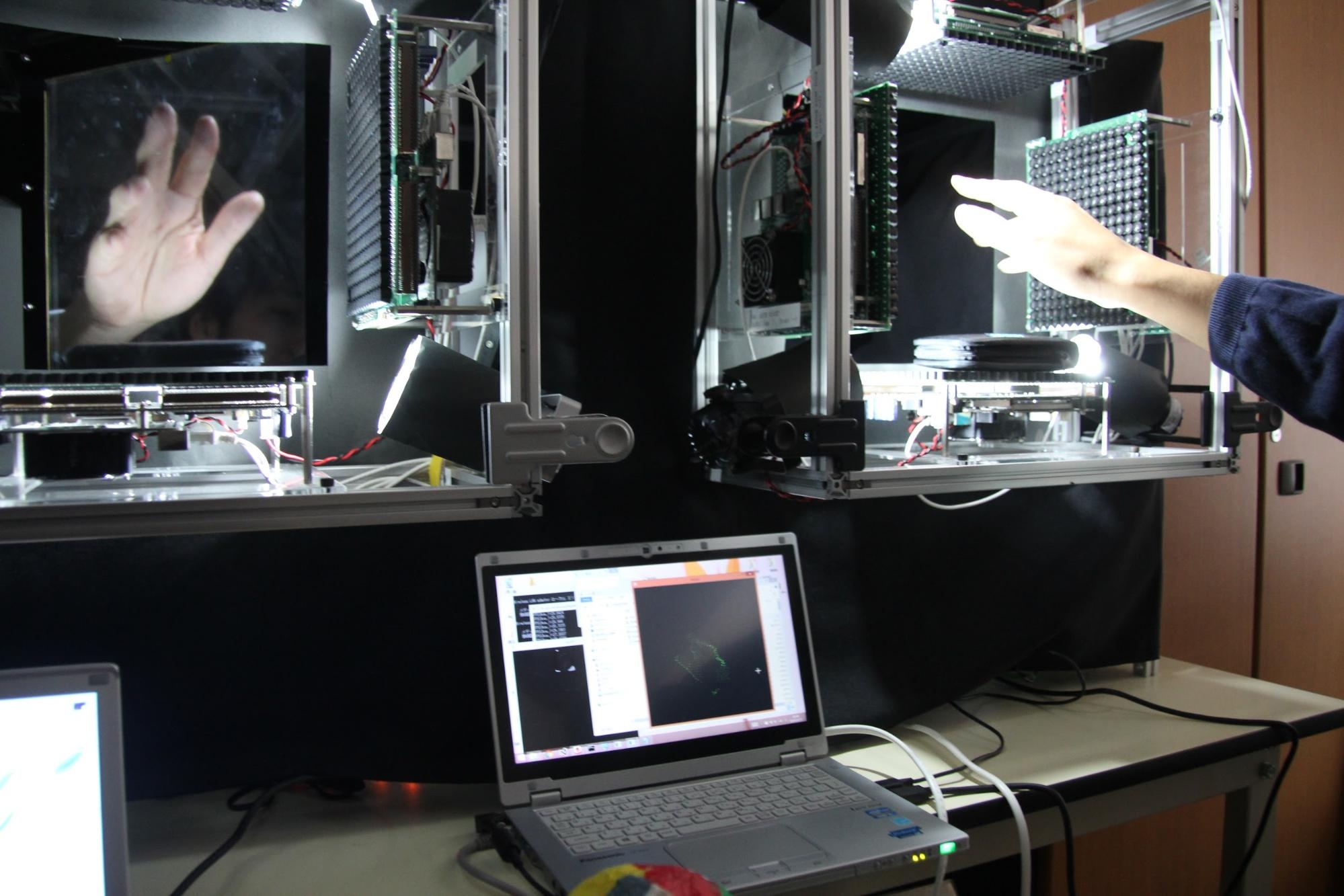 Just imagine how cool it would be to be able to shake a person’s holographic hand while chatting with them on Skype.

Even better, imagine being able to give your friend a hug as you chat while being in two separate regions.

This might become a reality, thanks to researchers from the Department of Complexity Science and Engineering at University of Tokyo. 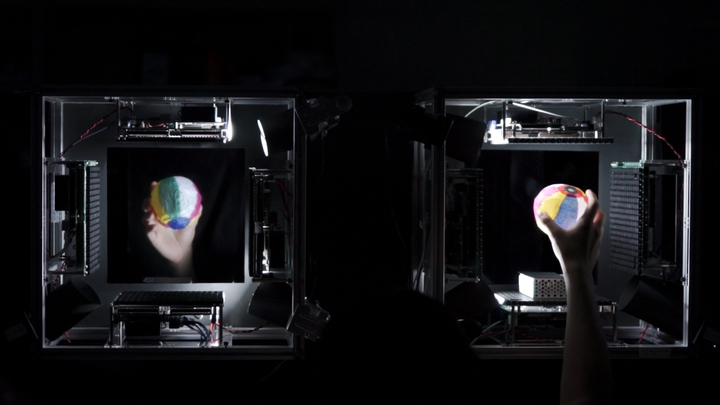 Haptoclone is an interactive system that offers the kind of experience they call telehaptics.

The way that Haptoclone works at the moment is that one can send a holographic picture of one’s body from a box to another before a different person.

A researcher named Yasutoshi Makino explains, “It would be great to allow people in different locations to communicate with one another while experiencing a sense of touch. We could, for example, put a transparent glass here and divide the room. Imagine if you were in a zoo, and there was a lion on the other side of the glass that you could have the sensation of touching.” 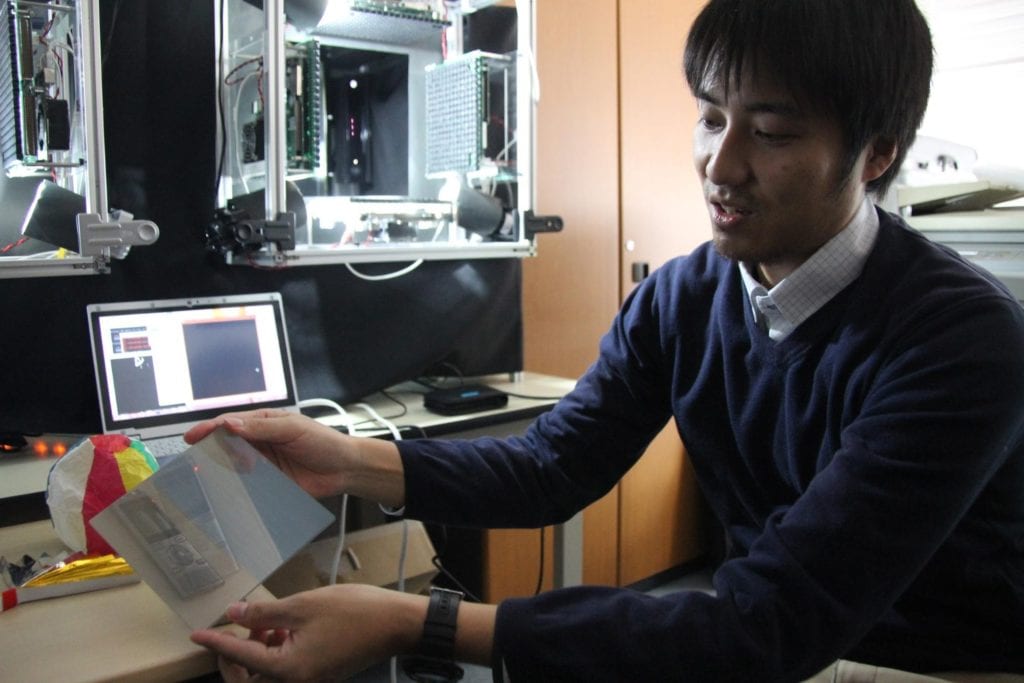 This concept was introduced at the beginning of 2015 at SIGGRAPH 2015 which is an international conference focused on emerging technologies and computer graphics.

Haptoclone is made up of a couple of contraptions that seem like boxes which are marked by four ultrasound arrays.

Each of these emits ultrasonic radiation pressure.

At the same time, aerial imaging panels function as a sort of a mirror which makes something seem like it is in another box. 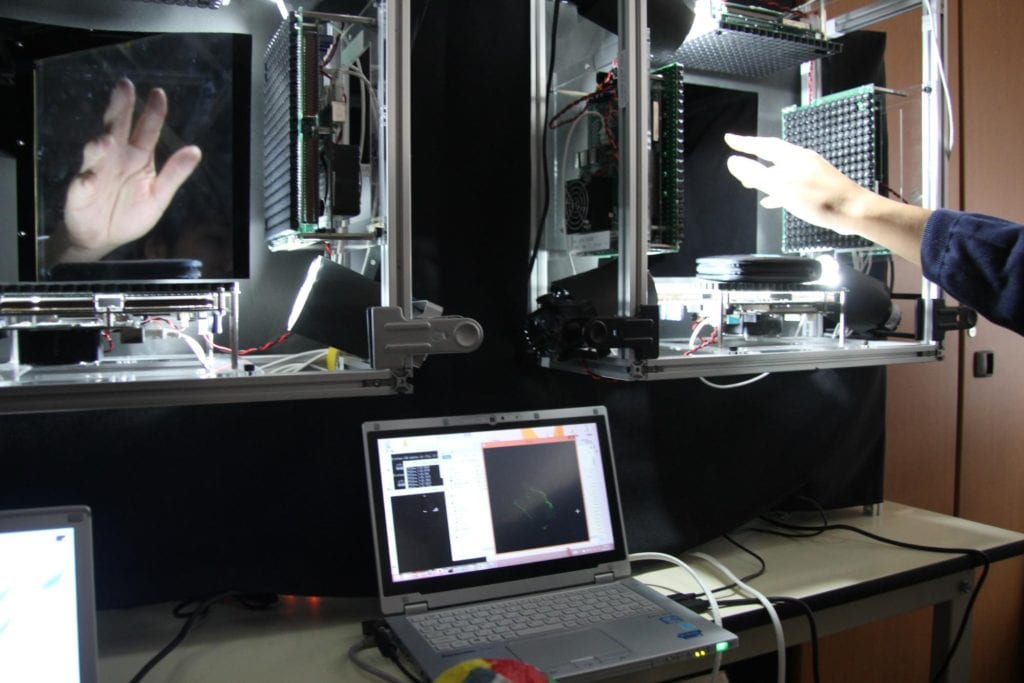 As soon as Makino put his hand in the hollow of a box on his right, a panel makes the image bounce back into the vacuum behind the box.

Another panel assists in making a variant of hologram in the box on the left.

He reports having felt a sensation that one gets from bursting a bubble once he touched a holographic hand.

Shinoda hopes that the team would manage to clarify the function of haptic sensations for the purpose of improving communication between humans.

Facebook Knows When You’re About to Update Your Relationship Status

GizmoCrazed - February 18, 2014 0
It's not unusual for people to share nearly every moment of their lives on Facebook by updating their statuses by the minute. Whether you're...

Comcast designed a Wi-Fi router that you won't be ashamed to...