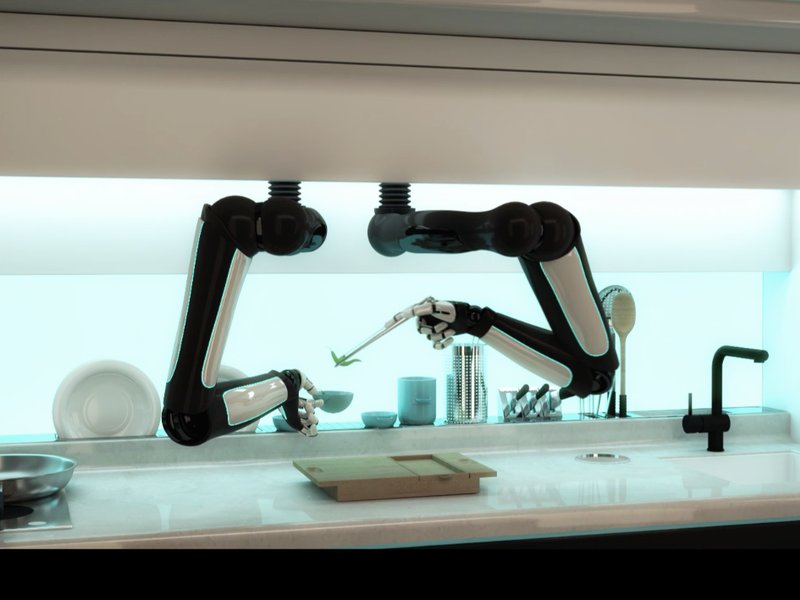 These robot arms may seem as if they are part of an orchestra performance as the fingers wave amidst the back and forth movement.

Truth be told, these arms are not producing any music; instead, they are busy making dinner.

Perhaps, the stove in the vicinity gives away the clue. Created by Moley Robotics, the two arms are mounted over a kitchen counter.

Moley Robotics is based in the U.K. and makes meals using digital recipes.

Users have the freedom to choose a meal of their choice from a list of foods published online.

Also, they may state the number of people who would accompany them and also have a say in the pre-prepped ingredients.

What is even more interesting is the fact that users can prompt the device to commence work whenever they wish.

The machine comes with an attached cabinet, dishwasher and fridge.

Mark Oleynik is a computer scientist who thought of the idea back in 2014 when he wondered how one could make enough food at home rather than going out to eat every other day.

Initially, he began a company named Medstarnet, which had the purpose of helping hospitals with the provision of medical devices.

Part of making fresh and healthy food an easy task was to let the delivery of food rest with the robot.

Oleynik even had experience working with Shadow Robot Company which developed robotic hands for the Robonaut program launched by NASA.

The cooking robots that were developed each comprised 129 sensors, 24 joints and 20 motors.

Word is that the robot is an expert at 50 recipes which are copied from human chefs as they wear motion sensors on the hands while cooking.

Besides adding a touch screen to the machine, the company is making an app that will allow users to select a meal just before them leaving for a dinner.

As a result, the robot can start cooking well in advance.