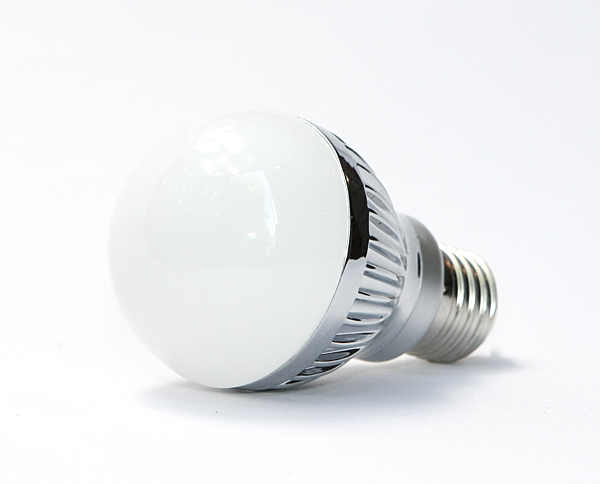 It won’t be too long before your ordinary light bulb at home becomes an efficient wireless data router as well. Soon, the promise of a stable and efficient connection, sans dropouts and interference, will be a reality for every one of us. Li-Fi, which stands for “Light Fidelity”, is a new kind of wireless networking communication technology currently developed to become the successor to the present wireless networking standard, Wi-Fi.

Li-Fi is an upcoming new method for transmitting data wirelessly over the visible electromagnetic spectrum. It distinctly differs from Wi-Fi – in this case Li-Fi is using a light source, such as an LED light bulb, to effectively provide Internet access to wireless devices within its reach. In comparison to Wi-Fi, Li-Fi uses visible light as its data transfer medium, whereas Wi-Fi uses radio waves at frequencies of either 2.4 gigahertz (GHz) or 5 GHz. 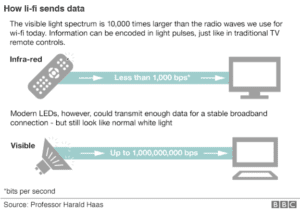 Recently, this new wireless technology has been successfully tested in a working office. Just this week, Estonian tech startup Velmenni proved the capabilities of Li-Fi as the future wireless networking protocol. Using a standard LED light bulb as the light source, a working Internet connection, and a photodetector, Velmenni was able to transmit data over Li-Fi at speeds of just over 1 Gbps (gigabit per second). During its testing, the tech startup allowed a few people to access the Internet using the visible light from the LED bulb. In laboratory testing, Li-Fi boasts of a theoretical maximum possible speed of up to 224 Gbps – significantly faster than the fastest available Wi-Fi protocol to date. The latest Wi-Fi protocol, 802.11ac, has a maximum theoretical downlink throughput of only 1.3 Gbps.

Li-Fi was invented and first demonstrated by Professor Harald Hass from the University of Edinburgh during his talk at a TED (Technology, Entertainment and Design) conference held four years ago. Haas also coined the term “Li-Fi” which was purely based on its working concept of light-powered wireless data transfer and contrast to the term “Wi-Fi”. Haas presented a working demo of Li-Fi in 2011 using an LED lamp that was able to stream video wirelessly. 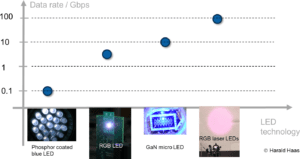 The key strength of Li-Fi includes the fact that it does not yield interference, unlike Wi-Fi. This signifies that this wireless technology can be freely used in certain scenarios where any wireless interference is prohibited, such as in civilian aircraft operations and near medical equipment. Also, the visible light spectrum has a greater space allocation compared to radio waves. The fact that radio wave allocation is almost running out today, using the light spectrum to transmit data wirelessly is a truly viable option for many years to come.

However, with all of these advantages, also comes its drawbacks. Li-Fi cannot be used in outdoor applications where it can make contact with direct sunlight as the light rays from the Sun can interfere with the transmission through this medium. Also, since the technology relies on visible light, Li-Fi cannot pass through walls to transmit data, meaning it can only be used in closed spaces, to complement existing Wi-Fi availability, or in specific places where Wi-Fi is prohibited.