The dutch have made something substantial out of rubble that was once left as residue following various spells of natural disaster, urban development and a number of wars. Known as Mobile Factories, these have been transformed into building materials that can easily resist earthquakes. The process of recycling does more than just creating houses for people; it contributes to the reduction in pollution. In order to achieve the two purposes, the Mobile Factory is able to process rubble before separating it for concrete to enter the stage of crushing. Subsequently, the process of filtering takes out metallic objects to liquefy later. 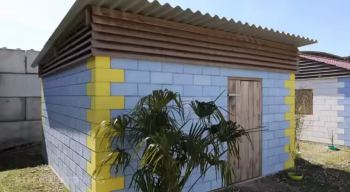 Q-Brixx blocks with dimensions of 8x4x4inch consume nearly 12 hours to cast once the mixture is prepared. These blocks are then interlocked with no need for any mortar or cement. The blocks are then stacked together once the ground work is prepared. A total of 20 Bamboo poles are used to offer stability to the walls. In addition, a steel cable provides further support to the roof which comprises of metal plates that are 100 square meters along with a bamboo frame. 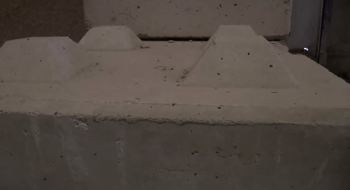 The main beneficiaries of this civil engineering effort will be the victims of the 2010 Haitian earthquake. Steijn who works in close coordination with the land owner Joel Dresse believes that these efforts will help build a community  and the salary received will assist the people in financing the new homes. The plan is to build a total of 750 building blocks each day using the debris in the area.

Steijn has also launched a crowdfunding campaign which is meant to raise a total of $400,000. The funds generated from this campaign will help build a total of 20 homes. It has already raised a total of $2,215 in the initial 20 days. Officials from United Nations and Red Cross have already shown their interest in the project so things are surely looking up.

Even China Roundly Condemns Editing the Genes of Babies

GizmoCrazed - December 8, 2018 0
The birth of Lulu and Nana—the first two babies believed to be born with Crispr-edited DNA—has triggered soul-searching in China as tech innovators, scientific...