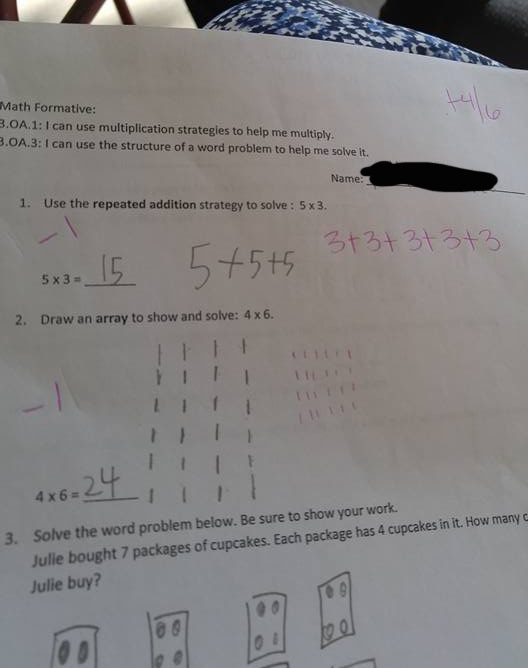 The internet was caught by surprise when a grade math test for a child was marked incorrect after the child answered ‘5+5+5=15’. Why on earth would something that obvious be marked incorrect, you might wonder. The question set for the grade math test required students to make use of repeated addition in order to solve the product of 5 and 3 (5×3).

Reddit and Imgur were the first to host the image nearly a week ago. A lot of commentators expressed their discomfort and exasperation at the sticking strictly to the book approach. A commentator on Reddit went through the post and went on to say, “So now you just took a kid who was doing well at math, confused them, and turned them off of it with your continuous nit picking of shit that doesn’t matter.”