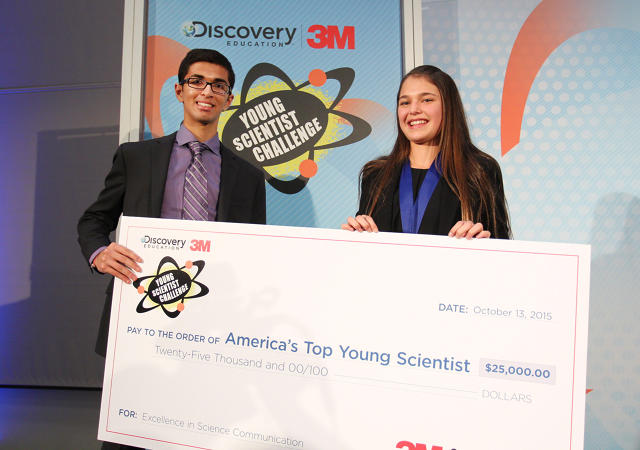 Some startups have recently spent millions of bucks in order to develop huge power plants which are able to conserve energy using ocean waves. However, a teenager based in Florida has now been able to invent a smaller alternative. This new alternative, costing merely $12, is said to be made for developing countries in the world.

Named Hannah Herbst, this 15 year old gave the idea of renewable energy a serious thought once she talked to her nine year old pen pal based in Ethiopia. She said she only discovered her pen pal was based in a country that has poor energy resources. That made her realize how resourceful her own country was. She took a trip with her family through the Boca Raton Inlet in a boat which was pushed around by the current. She began to wonder why she could not use all that power to generate energy.

The prototype designed by Herbst helped her clinch the first prize in the Discovery Education 3M Young Scientist Challenge for 2015. The prototype makes use of 3D printed propeller which is plugged to a hydroelectric generator by the help of a pulley. The generator turns the motion into electricity that can be utilized once the wave moves the propeller. Herbst collaborated with another scientist belonging to 3M in order to fine tune the prototype.

The little prototype does not generate too much electricity unlike those usual, huge ocean energy projects. However, Herbst believes that it is not sufficient power in order to run a small system. The machine transforms water from the ocean into water that is safe to drink. Since the main parts of the system are made using recycled parts, Herbst believes the machine can be designed anywhere in the world.

Hernst plans on making it open source once it has been developed in full. Anybody residing anywhere in the world is able to get a hold of the list of materials. Herbst is persistent on helping her pen pal since she herself can not even imagine surviving a day without energy in her life.