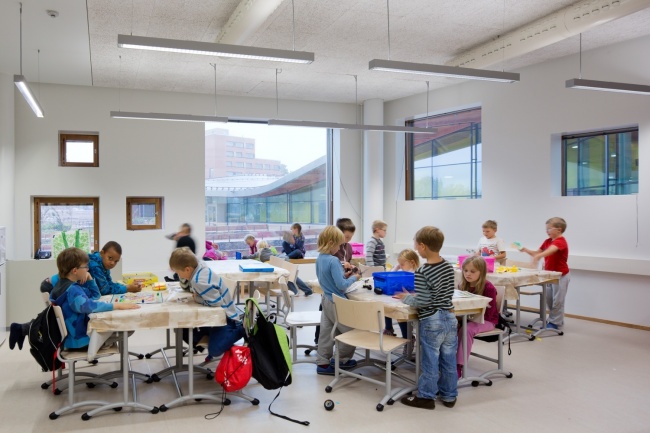 Finland frequently shows up along with other Northwestern European states in the happiest countries list every year. The reason is that they do a lot of things differently there. Take for example that in the city of Espoo, they’ve opened up the Saunalahti school, a school that takes the concept and breathes new life in to it. 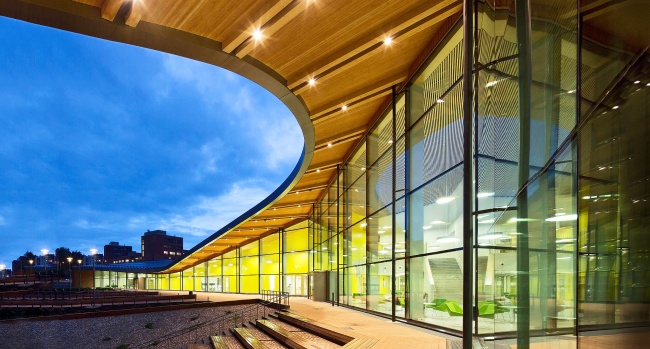 It’s being called the school of the future and for good reason too. Just looking at it makes you want to go to school there.

It looks like a place that doesn’t yank the creativity out of you but gives you the push you need to go out and face the world. Optimism and hope more than textbooks and tests seem to thrive here.

Architects from the company VERSTAS designed the school and moved away from the typical grim designs that usually dominate schools.

Children are encouraged to discuss and sit in whatever positions or places they want. They have swivel chairs and can move around or sit on a sofa with a laptop which is the school’s version of a laptop.

The cafeteria is a place for socialization and learning between students and teachers plus the dining hall is a venue for performances, meetings and celebrations. Most of the learning goes on as part of team projects.

The primary and secondary sections are however, divided. But the spaces are all open to give the feeling of freedom and liberty.

In the evenings the campus turns in to a fun center for everyone in the neighbourhood. You can play around and engage in all types of sports. The hardware centers and workshops are even used for fun.

The decoration was paid close attention to. The chairs are situated near huge glass windows to give the feel of freedom and bright and warm colours are often the center of the view.

All in all, probably the best school building in the world

The Fires in Napa, Sonoma, and Santa Rosa Are a Perfectly...

A New Font, Sans Forgetica, Helps You Remember What You Read