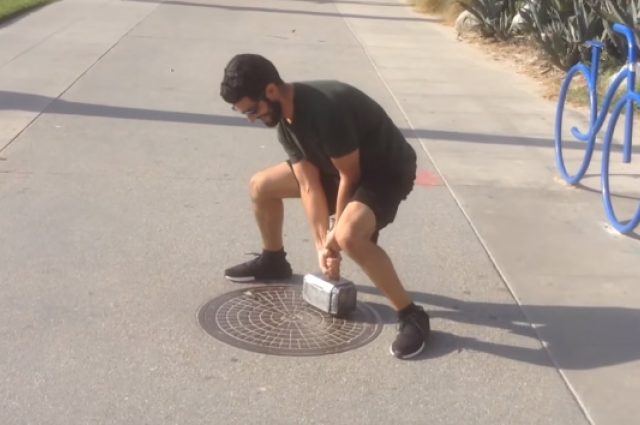 Thor is not a stranger to anyone who has any idea about the Marvel universe. What makes the character famous is essentially the hammer he carries – the Mjolnir. If you are a fan, you would know that it is only possible to lift the hammer if one is worthy. The video clearly depicts how the force that drives the hammer is not a cause of god-like strength but merely an electromagnet extracted from somebody’s microwave.

Allen Pan who runs a YouTube channel called Sufficiently Advanced went to Venice Beach to challenge people to lift the hammer. Little did those people know that there existed a fingerprint scanner on the hammer which only read Allen’s thumb impressions. That would then switch off the mighty electromagnet that was installed within the hammer. This prank goes to show precisely how neatly Allen managed to pull it off.