Bandages are key to protection of a wound from harmful external agents that exist in our surroundings. They keep harmful bacteria from penetrating the human body and from inflicting any further damage. One often wonders what happens to the bacteria which already enters the human body once the wound is scratched by a person. Say hello to a new sort of bandage which pulls out any bacteria that happens to penetrate a cut. Once the bandage comes off the skin, so does the bacteria that is once inside the wound.

This new technology is still under development at the Swinburne University of Technology based in Australia. It has so far only been tested on tissue engineered models of skin rather than real human skin. The species of bacteria under investigation involve Staphylococcus aureus and Escherichia coli, both known to be chronic wound infections.

The bandage itself is comprised of a combination of polymer filaments. Every strand of polymer in this mesh is about one hundred times slimmer than human hair. They manage to manufacture these by incorporating a process called electrospinning. The method involves a person squeezing the material found in an electrified nozzle.

For the very first time, this was tested on a film of Staphylococcus aureus. The researchers report that it was able to squeeze out the bacteria using the bandage fibers in no time. They also noticed the ability of the bacteria to bind themselves to varying thickness of each strand. Upon closer inspection, the researchers learned that these bacteria could not adhere to the fibers which happened to be shorter than the cells of the Staphylococcus aureus. 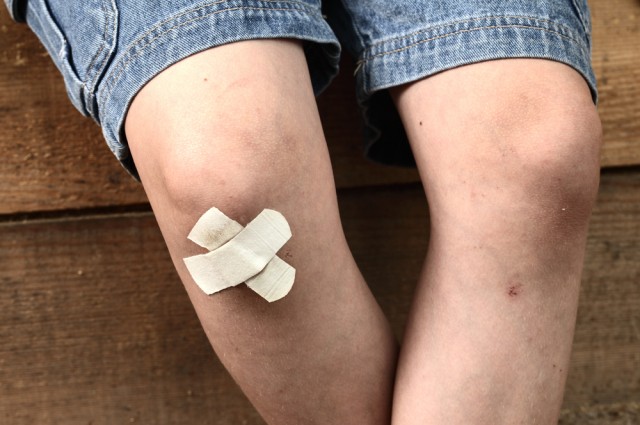 In the test that followed, each strand of the polymer was coated with various compounds. Escherichia coli could quickly adhere to each fibre that was coated using allylamine. Though, the bacteria did not attach to those that were coated with acrylic acid. Finally, the research was concluded with tests on various skin models that was possible due to partnership with University of Sheffield, United Kingdom. Though, the final results of the experiment have not yet been published, researchers believe that the bandage performed quite well when tested on living tissue.

This latest technology could be perceived unessential for protection against wounds from fine nicks and scratches we get everyday. However, it could spell wonders for those who are challenged with a poor immune system. Since it comes with the prospect of reducing the likelihood of infection, it could easily be seen as a great form of precaution. People in dire need of this could include those with AIDS, cancer, diabetes or even victims of burns.

In addition to the uses mentioned above, this latest bandage technology can have various other benefits. For instance, it may be able to create filters which are not enough permeable to let bacteria through. Also, it could offer protective clothing that can be used to grow tissue without the risk of contamination. Here’s hoping that the tests with human wounds will bear some fruit.