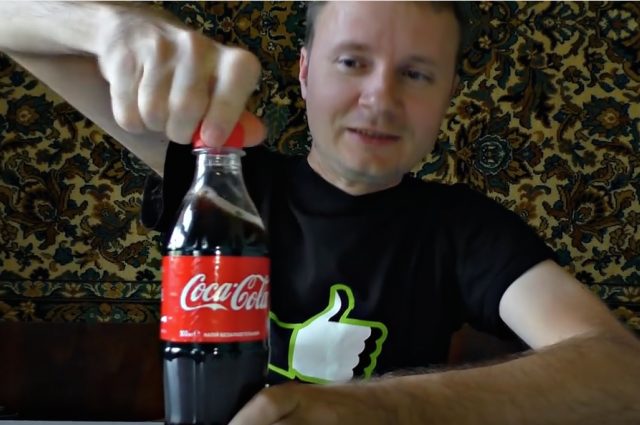 There is hardly anyone on the internet who has not seen mentos and Diet coke videos that usually conclude with a fascinating Coca Cola fountain. That made a bunch of people wonder what would potentially happen when propane gas and Coca Cola combined. As you would probably be aware, Propane is also regarded as a volatile constituent in unrefined gasoline. What do you think would happen if one was to pump a bottle of Coca Cola with propane gas? Kreosan on YouTube did us all a favour and gave it a go in order to spare us the sheer curiosity.

As the video sufficiently demonstrates, the outcome of a flammable gas such as propane gas combining with Coca Cola is the bottle sky rocketing in the air. It is quite obvious that no one should dare to try anything as dangerous as this at home. If you are lucky, the bottle rocket might not hit you in the face but the length of the trajectory is nothing you can reliably predict. Ofcourse, you can not possibly predict what the bottle rocket might smash on the way. Afterall, a lethal combination of propane gas and Coca Cola packs quite the punch.