It is a well known fact that a great amount of electricity is consumed in an airport. Lengthy passages lined with air conditioners, departure areas, temporary shelters and passenger lounges lead to a rather hefty electricity bill. In a country such as India where frequent blackouts are common at airports due to the annoying problem of load-shedding, it only makes sense to go solar. Therefore, it is no surprise an Indian airport has finally adopted solar energy.

Welcome to the Cochin International Airport – the world’s first and only one that is currently functioning completely on the solar power. It is understandable that a move such as this is fully supporting the industry of renewable energy in a developing country like India. Just so you know, roof-based solar PV cells failed to offer sufficient electricity to the entire compound since the demand for electricity of the airport was way too high. 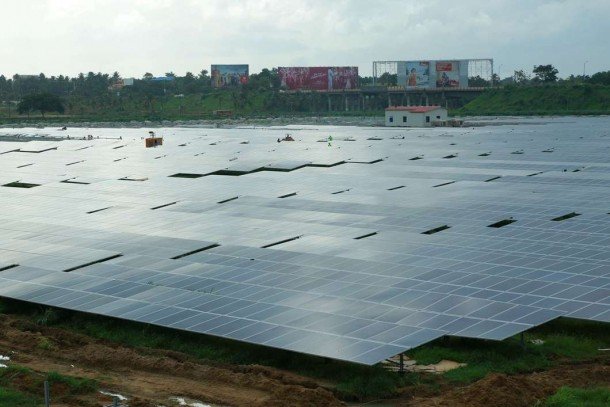 As a result, besides the roof-based solar PV cells, another solar power plant was installed close to the airfield. This comprised a total of 46,150 panels over an area of 45 acres that are capable of generating 12 megawatts of energy needed at the airport complex. All residual electricity generated is transmitted to the local grid where it is distributed to the households nearby. It is believed that the new solar system will allow the airport to conserve 300,000 metric tonnes of carbon dioxide in the next 25 years.

Just imagine how much greenhouse gas we could prevent with such a system operating in airports the world over.