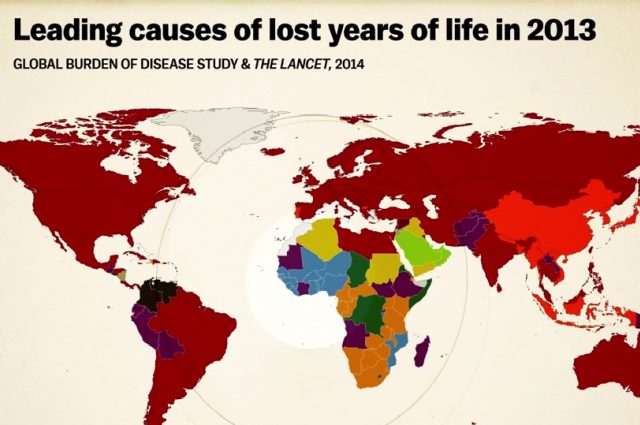 Expect thousands of people to die today. Why, though? Why do people really die each day of the week? Interestingly, the answer to that varies as you move from one region of the world to another. Many researchers around the globe joined hands to prepare a map that hints at the primary reasons behind deaths in various countries.

Preventable diseases account for most deaths in Africa as poor health infrastructure prevails across the entire continent. However, car accidents are the primary cause of deaths in Saudi Arabia where half the population is not even permitted to drive a vehicle. Vox has prepared a video to brief us more on this map put together by hundreds of diligent researchers.