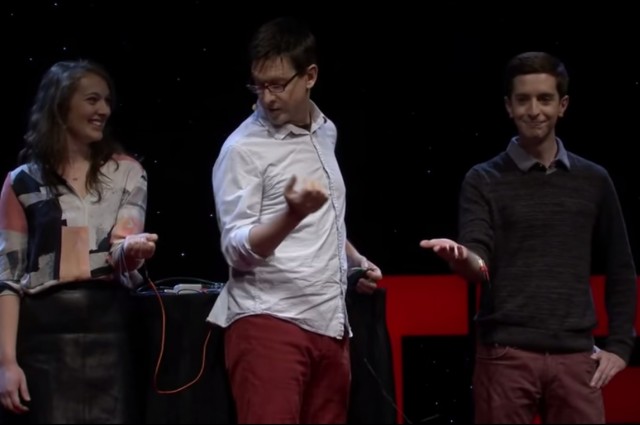 It is a well known fact that the human brain possesses great wonders. Though, it is quite a shame that an organ that is so complex in nature is not equally well understood. Engineer and neuroscientist Greg Gage is taking on the responsibility to help more and more students understand about the brain at all educational levels. He is of the view that students need to be inspired to understand the brain that is less known about.

While presenting his viewpoints at the recently concluded TED Talk staged in Vancouver, Gage showcased a modified SpikerBox. This is a device that can help students from elementary school to high school understand the electrical impulses in the nervous system. This non-invasive device is one of lots of DIY products that Gage has developed in corroboration with Backyard Brains. It is not only meant to instill a sense of learning in kids but also evoke their interest in neuroscience.

Gage stressed that the human brain is complex and amazing in its own special way. He emphasised that there are lots of us who are completely blown away by what a brain can achieve, yet, we fail to tell a lot regarding the postulates about the functioning of this fascinating organ in the body. As far as the device is concerned, it needs a couple of volunteers who are connected to one another only by electrodes align with a computer. The computer detects each electrical signal and creates a human-to-human interface.

A volunteer was seen to jerk his arm in his direction courtesy of the signals transmitted from the brain of the other volunteer while she moved her arm. Since the nerves in the system are in close proximity of the skin, the whole process is safe. The device itself is extremely safe for kids to experiment on. Sticking the pads to the arms in order to make the whole thing work efficiently merely requires self-adhesive conductive sticky pads. There is no doubt that being a control freak is, well..freaky. However, it is still fun to learn something new about the power of a human brain.

Top 10 Reasons The Moon Landings Could Be A Hoax

Yes, You Can Boil Water at Room Temperature. Here's How