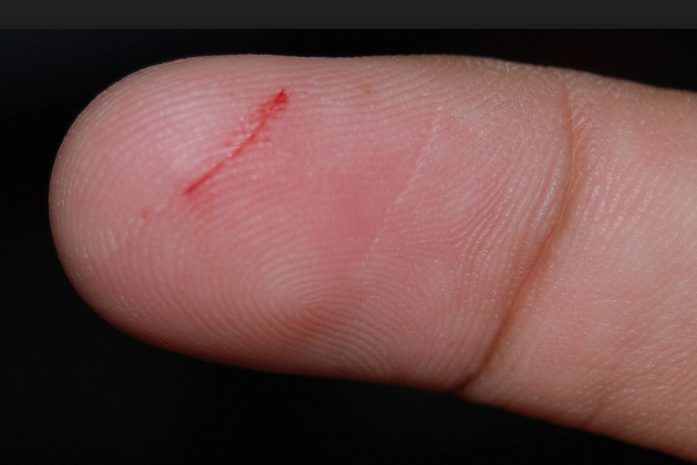 The general notion about paper cuts is that they hurt more because people normally get them on their fingertips. Fact is that the hands have a lot more nerve fibres per square millimeter compared to the other parts of the human body. That explains why any cuts on one’s fingertips hurt a lot more than cuts experienced on other parts of the body. Question is, why do paper cuts hurt significantly more than other types of cuts on one’s hand?

The general idea is that the edge of a paper is extremely blunt compared to sharper objects like knives. As a result, paper can inflict significantly more microscopic damage when it cuts into the surface of your skin. One could compare it to a blunt knife being used to make cuts in a steak. One has to make several cuts before the steak ends up looking like a mutilated heap compared to what one gets with a sharp knife. You may not be able to see it but paper cuts end up doing the same to your skin.

In addition to there being microscopic damage, it is extremely shallow on one’s skin. This actually contributes to the pain since lot of sensitive nerves exist in that region of the body. Pain that results is much more excruciating as a result of this. The resulting pain will last longer as it would not often bleed. Nerves are exposed to irritants in the air for much longer which means that they remain in an activated state for an increased period of time.

If you are looking to reduce the pain resulting from a paper cut, firmly press on that wound. The pressure that results will reduce the pain to some extent as the nerve endings are overwhelmed due to the pressure. In addition, you could use honey or vaseline to seal the wound. Once the wound is sealed, the nerves no longer remain vulnerable to irritants in the air. It is best to be safe than sorry, folks.

GizmoCrazed - July 22, 2011 1
Neil Daswani, CTO of a security firm Dasient, has found that about 8% Android applications are leaking private information. According to Neil, his team of researchers have...

A New Robot Hand Can Play the Piano Without Moving its...

Logan Paul returns to YouTube with a video about suicide prevention