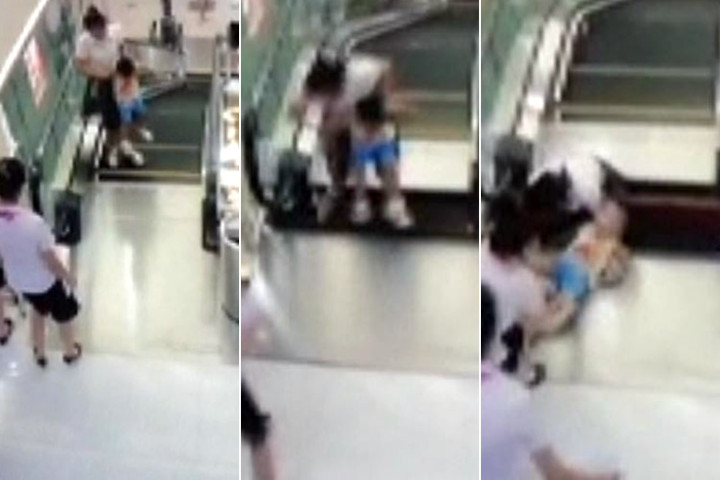 Escalators may be a really effective way of getting you up the stairs. However, they can prove to be deadly if you are not careful during the climb. It certainly proved to be hazardous for a Chinese mother who died an instant death after falling through a platform of an escalator in a mall. The Chinese woman had merely seconds to toss her son, aged two years, away from the scene prior to her demise.

According to reports the footage captured by one of the security cameras clearly depicts Xiang Liujua, aged 30 years, taking the escalator in a mall based in Jingzhou as she held on to the hand of her two year old son. As soon as the two reached the top of platform, the metal floor was shown to buckle up. Xiang found her legs trapped in the steps that began to move downwards. As she tried her best to free herself, Xiang passed her son to the bystanders. They attempted to gran her as well but it proved to be too late as the machine sucked her in.

WARNING: This video may be disturbing to some viewers.

Xiang’s body was eventually recovered from the machine after a total of four hours.

Instagram just made it way too easy to accidentally unfollow someone