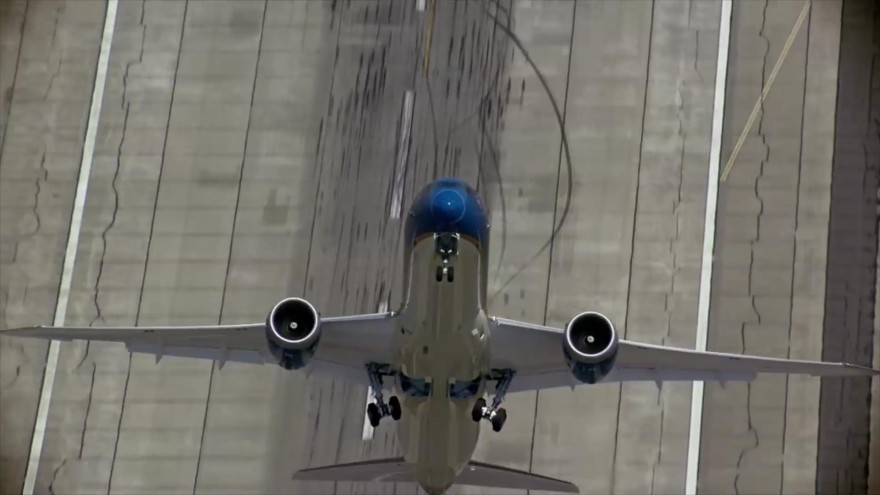 Here is a look at a 787 Dreamliner that creates quite an impression from the very moment of its take off in a rehearsal for the Paris Air Show. The Boeing video clearly shows how the plane takes off at an interesting angle which is sure to make anyone cringe in their seats. From there on it continues on its merry way similar to any other commercial jet.

This display of action and adventure featuring the 787 Dreamliner by Boeing will continue for one complete week starting from Monday at the 51st Paris Air Show set to be held at Le Bourget Airport. It is true that the Dreamliner jet has previously been a cause of concern on multiple occasions, especially when the FAA grounded each of the Dreamliner jets in 2013. Also, a computer glitch was found in the recent past that was capable of powering off both the engines of the aircraft.

However, Dreamliner remains a symbol of class and style. No wonder the video shown by Boeing was positively received by billions using social media. Ofcourse, there were some grievances here and there as is usually the case, but overall the response was quite auspicious by a majority of people.