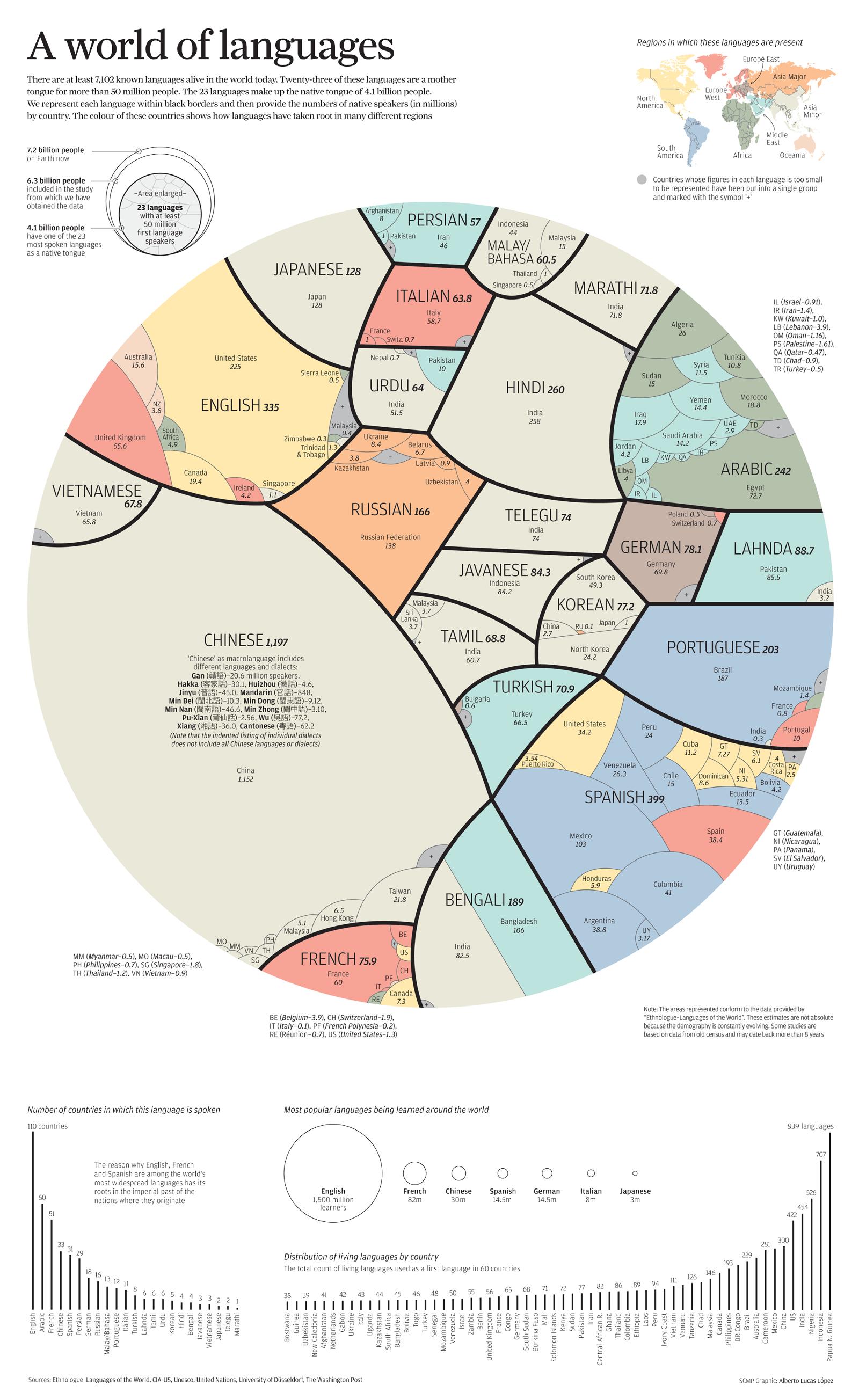 It is quite fascinating to know there are languages that are so widely spoken throughout the world. What is even more intriguing is the fact that graphics director at South China Morning Post, Alberto Lucas Lopez, was able to carefully illustrate these in a beautiful infographic. Here is a look at the infographic that shows the most widely spoken languages throughout the world. The infographic even goes on to demonstrate in which part of the whole wide world each language is spoken. 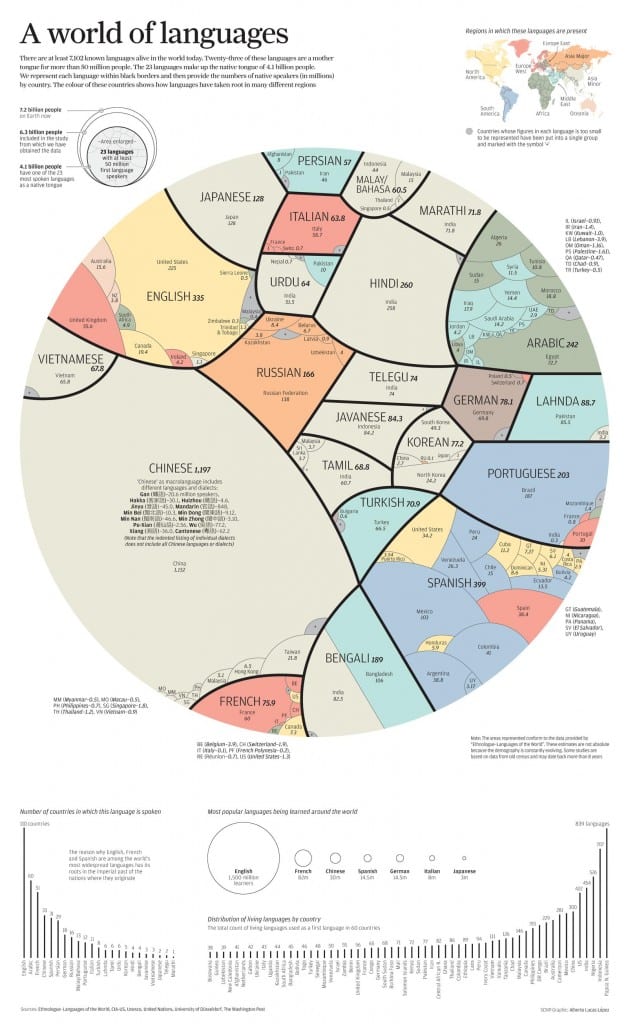 It turns out that there exist a total of 7,102 languages in the entire world at this point in time. Out of these, a total of 23 languages are the mother tongues for well over 50 million people in the world. Lopez also explained that these 23 languages are the native tongues of 4.1 billion people in the world. Every language in the infographic is represented with a black border. In addition, it shows the number of native speakers in regards to each country. The colours change with respect to the number of languages.

It is worth noting that this carefully designed infographic compiles these numbers that represent all the languages that have existed in the world since 1951. You can see the full chart here.