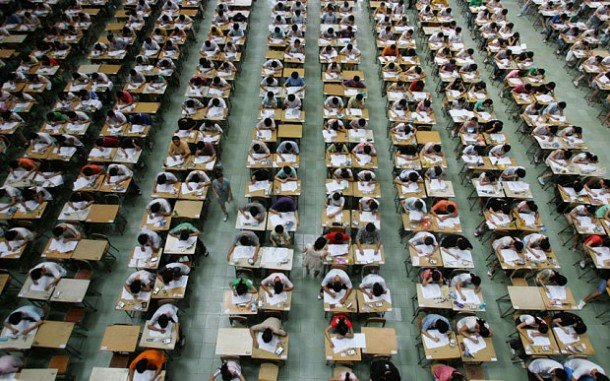 China hosts a test that is often regarded as the world’s most stressful exam by many observers. Termed as Gaokao, this exam is conducted each year whereby 10 million candidates attempt the exam at various centers throughout the country. It is a race for those who make it to the National College. Thus, it is safe to say that this is an entrance examination for universities in China. The universities and fields one can get into purely depends on the performance of the candidates in the exam.

You can imagine how stressful these exams can be from the fact that a quarter of the students that sit the exam are unable to succeed. As a result, such candidates fail to start their university life and many who do are unable to clinch the program that they may be most interested in. Since the stakes are so high during these exams, cheating has been commonplace which has led to enhanced invigilation regulations over the years. 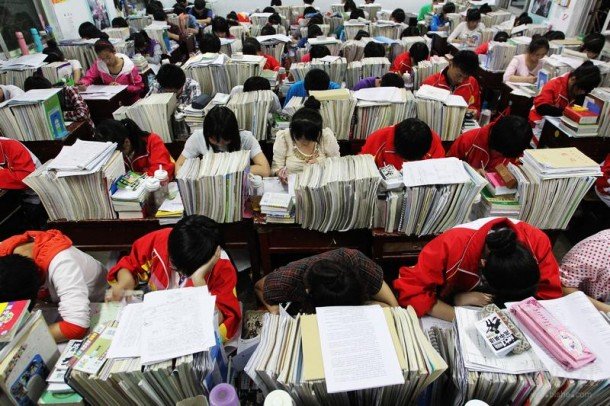 The city of Luoyang is going an extra mile in this regard; it will now incorporate surveillance drones with anti cheating technology to monitor each candidate taking the exam. The drones were put to test this past week. A number of smartphones, tablets as well as other gadgets were confiscated from those who were using these electronic devices to gain an unfair advantage during the examination. A radio signal receptor in the drones helps them to intercept any communication from the gadgets. 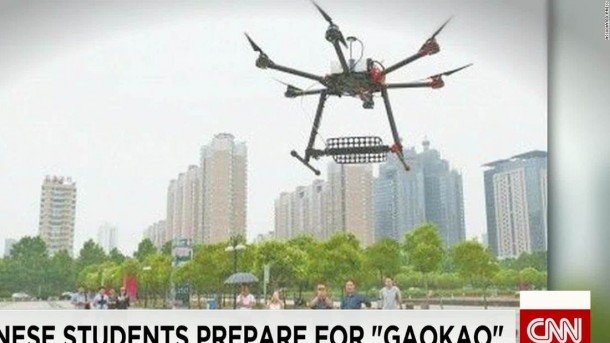 Local authorities in China believe that this will surely act as an effective deterrent. Since the buzzing sound of the drone can be heard from quite far, the students even thinking of gaining an unfair advantage would avoid it. The stress caused by these daunting machines in the air while an examination is going on is a debate that is likely to surface. Perhaps, candidates will just have to get used to the buzzing sounds along with poor exam conditions in some parts of China.

Do you believe this is a move for the better or worse? Let us know in the comments below.