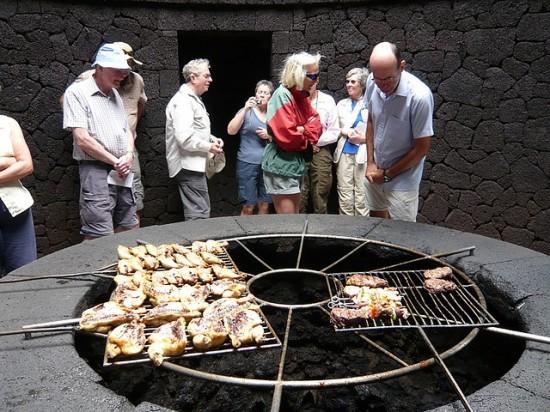 It is almost always exciting to do things in a natural fashion. I doubt there is any other way that is more natural to cooking food than cooking food on a volcano. Take El Diablo restaurant in Spain for that matter; a restaurant where chefs cook food over heat generated by an active volcano. Based on a Spanish island by the name Lanzarote, El Diablo is undoubtedly a rare place to dine. To be more precise, it is a hole in the ground from which the heat from the depth of the Earth emanates so don’t worry about safety concerns.

Before El Diablo was formed and this heat was used for this purpose, visitors used to come to this place for wine and sardines. Later in 1970, Cesar Manrique chose to build a restaurant in the area. Architects Jesus Soto and Eduardo Caceres helped him build a huge grill on the ground. This used the sheer amount of heat emanating from the deep surface. This marked the start of El Diablo as this grill led to the production of various dishes that were offered by the restaurant. These largely range from dishes of fish to many different dishes of meat. 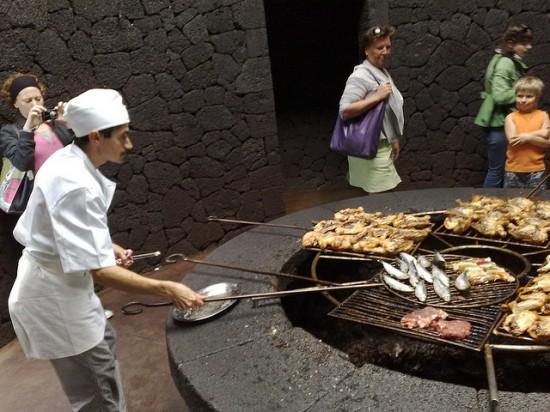 It was not simply a matter of building a huge grill in this whole process, though. It was not possible to dig foundation trenches with all the heat just below the surface. Infact, they offered foundation for the structure by establishing as many as nine layers of basalt rock. Food is one of many attractions offered by this restaurant. Plenty of folks simply visit to have a look at the beautiful surrounding areas and the scenes on offer. Even though it is a rugged landscape, it is still a treat to watch. Visitors note that the ideal time for anyone to visit this place is the sunset when stunning effects can be witnessed over the volcano sands. 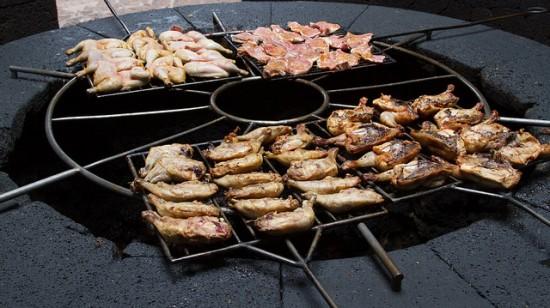 For those on a budget, you can treat yourself to a three-course meal, transport to and from your hotel and the mesmerizing surroundings.

This Pen Lets You Draw Any Colour In The World

GizmoCrazed - June 13, 2014 0
An artist is always looking for that perfect blend. A writer tries to string together words that are utterly meaningless on their own into...

WeWork confirms it has laid off 300 employees

Temperature Is Not What You Think It Is

Calculate How Fast Quicksilver Is Moving in *X-Men Apocalypse*