There is a new drone in town; it is a camera drone this time around. Lily camera sports a round body with a total of four rotors and weighs merely 2.5 pounds. The manufacturers insists that it is called a flying camera rather than something like a camera drone. It not only looks but functions a bit differently than other drones we have come to know over the years in the sense that the Lily Camera remains focused on the target. It is said to feature two cameras, one 1080p snapper that can achieve 60FPS and another 720p shooter featuring 120FPS.

The Lily Camera is reported to have a built-in GPS which remains fixed on the tracking device the user wears. This way, the camera remains focused on the user and follows the commands given to it. The camera will be able to identify the user’s face courtesy of its computer vision system. This way it will be able to always keep the user in its frame. The idea is pretty simple as explained by cofounder, Henry Bradlow: “You throw this in the air, go about your business and at the end, you’ll have a high-quality video.” 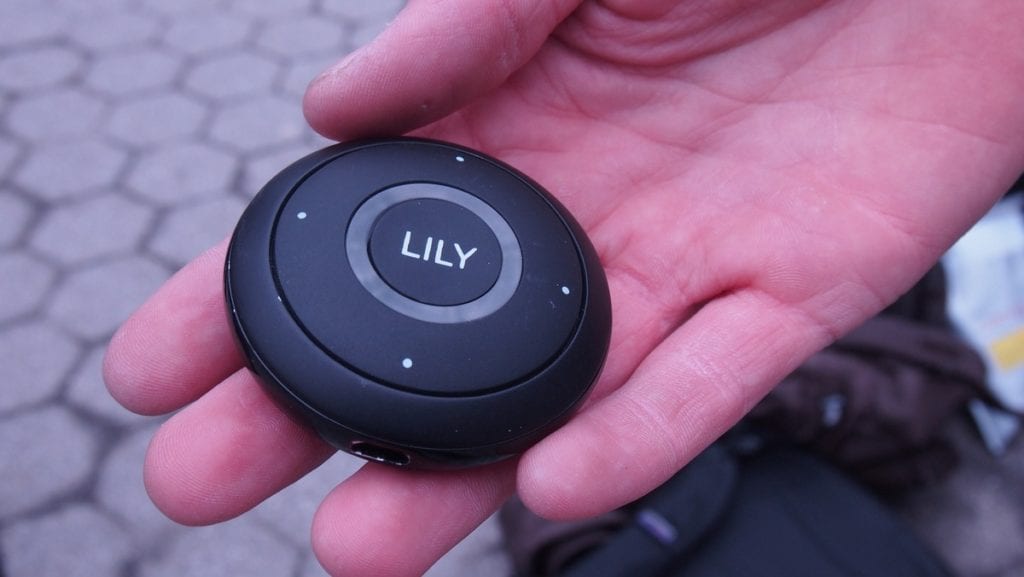 Rather than having to use a sizeable remote controller or even a smartphone based app, this camera will be able to fly on its own while managing to capture high quality footage. The pocket GPS featured on the camera is able to tell the camera when the user would be falling or leaping. In that case, a bunch of buttons on the device make it hover closer to the user or keep its distance while circling around the user. The final version is said to be waterproof as well as throw proof. That means that it would be able to take off when users throw it in the water.

Having said that, Lily Camera will still take months before it is available for $899 ($499 if you order now) on shelves besides other cameras. At this point, it can’t even register faces on its own and uses an iPhone app to do so. However, it’s only a matter of time before everything is in order.