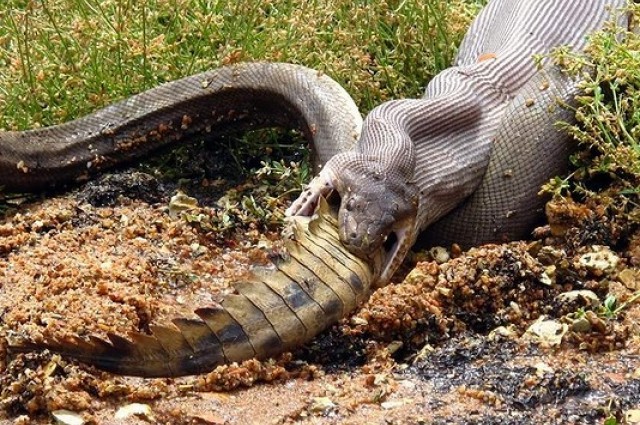 How many people would cheer for a snake in a battle involving it and a crocodile? Not too many, I can bet you. However, that impression can rapidly change with the latest images released featuring a crocodile that struggled in its battle against a snake. 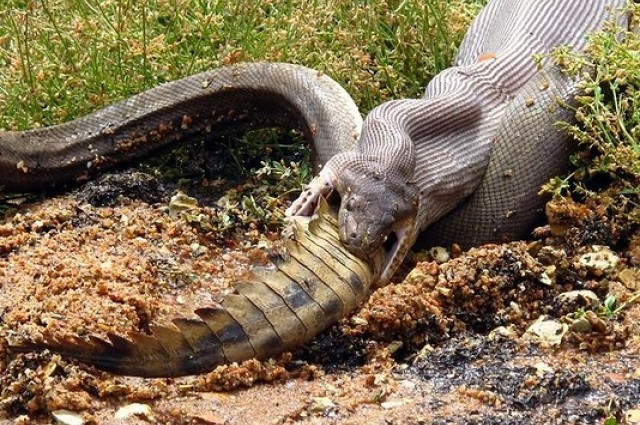 This face off took place on the Lake Moondarra that is situated close to Mount Isa in Australia. The residents of Mount Isa care very little about the animals based in the area. However, they were taken aback as news regarding this little battle began to spread like fire in a forest. 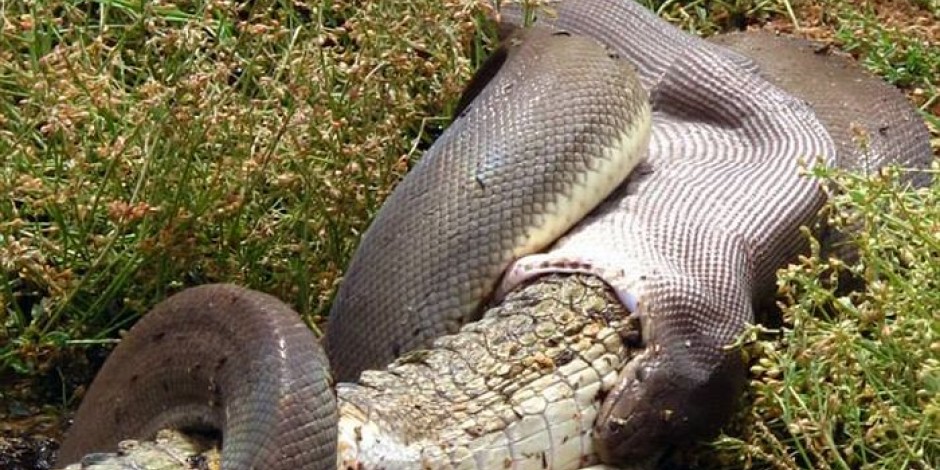 A local was quite vocal about the fight that lasted five hours:

“[The crocodile] was fighting at the start, so it was trying to keep its head out of water and survive. But as the morning sort of progressed, you could tell that both of them were getting a little weaker. Finally, the croc sort of gave in and the snake had uncoiled for a little while and had a brief break and then actually started to consume the crocodile.”

Charlie Goodman is an amateur herpetologist who infered that the photos suggest it is an olive python that is capable of growing as long as 4 meters. This species of snakes (Liasis olivaceus) do happen to live in the area so there is a fairly good chance that this is the one involved in the clash.