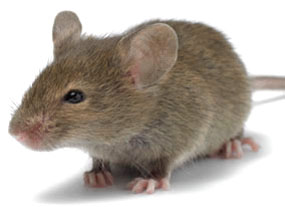 Back in 2012, PepsiCo claimed that a rodent would have disintegrated when a man from Illinois discovered a dead mouse inside a Mountain Dew can. The company established its case, saying that it would have changed into a jelly like thing by the time the plaintiff bought Mountain Dew from his office’s vending machine.

Ronald Ball was the person who claimed to have discovered the dead mouse about three years back. PepsiCo filed in an interesting affidavit from a veteran Lawrence McGill who claimed that he was aware of the kind of impact acidic fluids like these have on mice as well as other animals.

McGill claimed that any mouse that finds its way inside the Mountain Dew upto seven days ends up losing all the calcium in the bones. As a result of this, the abdominal structure of the rodent is torn apart. Moreover, its head is also severely damaged in the process. Thus, it disintegrates to the extent that it is not even identifiable anymore. The only part that has any possibility of survival is its tail.

PepsiCo believed that 52-year-old Ball opened his Mountain Dew can after over 2 months of being bottled in St. Louis facility. The company contends that Ball has not backed his claims with any proof that the rodent was present in the can when the can was sealed. Ball had claimed that once he took a sip, he immediately became sick and started to throw up. He poured the remaining soda into a styrofoam cup which is when he found the remains of the dead rodent.

Ball said to have handed over the dead mouse to an insurance adjuster of PepsiCo. McGill examined the dead mouse and discovered that it was a young mouse that was as old as four weeks when it died. That affidavit highlighted the fact that the rodent was not even born when the soda was sealed which hints at the fact that it was already dead when it entered the fluid. In addition, he highlighted that Ball’s soda had pH levels of 3.43 that is usual with other Mountain Dew sodas.

GizmoCrazed - March 14, 2019 0
On October 31, 1936, six young tinkerers nicknamed the “Rocket Boys” nearly incinerated themselves in an effort to break free of Earth’s gravity. The...

Scientist claim they have created a ‘Universal cancer vaccine’