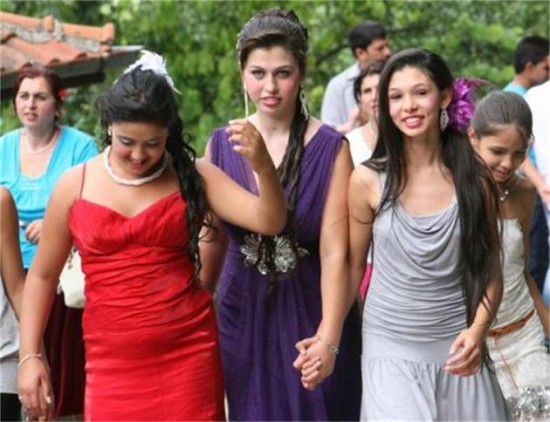 Romani people from Bulgaria may be in minority but they are known for their special marriage custom called, bride market. It offers an opportunity for families that are not particularly well off to arrange marriages for their children that are financially reasonable for them. It is held a total of four times every year on many different religious holidays.

The families constitute the gypsy community called Kalaidzhi which gathers in Stara Zagora city for this event. Most of these people happen to be extremely poor coppersmiths. What these events offer such families is the opportunity to congregate, chat and find the right matches for their children. It is an event full of colours with children eating candyfloss and grandmothers flaunting their long Kalaydzhii skirts. 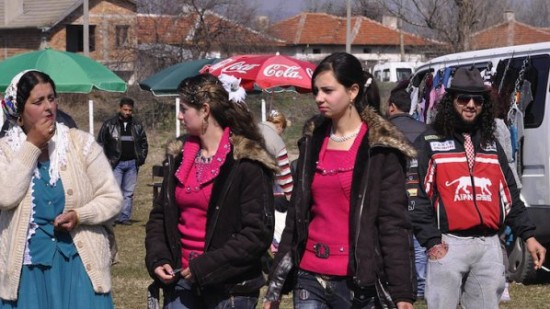 The girls seeking marriage dress up in mini skirts, fancy a lot of mascara, wear long heels and glittering jewellery. They typically dance with the prospective grooms on the hoods of cars. This is rather unusual in the sense that youth mingling with one another is frowned upon in this particular community. To put this into context, girls are taken out of school when they attain the age of 15 to prevent temptation. 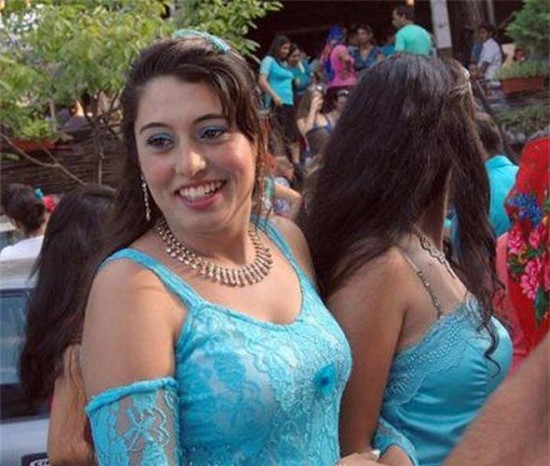 It is completely different in the market, though. Boys and girls shake hands and chat with one another as the parents give them the space to do so. The longer the conversation continues, the wilder this party gets and they end up dancing on car hoods before the audience that gathers. In case a couple does like one another, the parents step in to discuss the cost. The prices vary between 5000 leva ($2,800) to 10,000 leva ($5,600). Prices have dropped of late but a ‘beautiful’ wife still carries more worth.

Bride market is not exactly a new concept; it has been passed on from many generations in Bulgaria. Initially, it would be held close to a horse trading market in an open field. The potential brides were asked to stand upon stage and a competition between suitors decided the right match. Local police moved the market from a small village to the city to prevent a clash with the horse traders last year.

This robotic vacuum's camera could let hackers spy on you

The World’s Smallest EcoHome — Includes A Lounge, Shower, Kitchen And...

Technology Is Transforming The Way We Buy Wheels