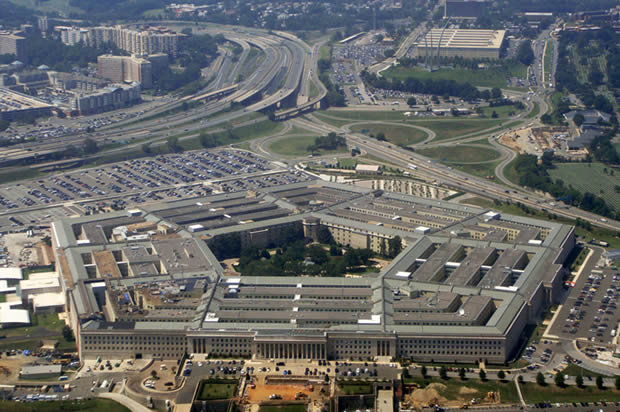 Work on the U.S. War Derpartment headquarters had been completed on 15th January, 1943. Pentagon had been built to accommodate about 30,000 workers that had helped the U.S emerge victorious in World War II. It still remains one of the world’s largest office buildings. There are still quite a lot of things about Pentagon that you might still be unaware of. Let this post take you through a total of five things you might not know about the military might, Pentagon.

1. Pentagon’s distinct shape is attributable to a distinctly planned location

Many different sites had been considered for a military complex. Originally, some part of land east of Arlington Cemetery had been chosen. These Arlington Farms made for a rather irregular shape of pentagon. Thus, the idea was scratched with issues over the security. Instead, President Roosevelt chose a site which was the first airport for the Washington D.C.

2. Pentagon was the second complex meant for military during the reign of FDR

It was built in Washington D.C to accommodate U.S War Department but it was considered too small for the needs of the army. They had to be accommodated in a total of 17 different buildings. Brigadier General Brehorn Somervell was entrusted wih the duty to address the issue of lack of space. He gave architect George Bergstrom merely three days to design a place that could accommodate 10,000 cars and 40,000 employees.

3. The land Pentagon was built on belonged to descendants of former slaves

As the civil war continued, a settlement by the name of Freedman’s Village popped on Robert E. Lee’s previous estate. A total of twenty years after the war ended, these were wiped and many black neighbourhoods were established in East Arlington. Once the planners came to realize the originally planned site was smaller than needed, the state appropriated the land to its original owners.

4. Some reasons for the Pentagon being short

Somervell dictated that the Pentagon must not be taller than a total of five stories with two below the ground. These directives were specifically given so that the scenic views to the Washington D.C and the Virginia site were not disrupted. Moreover, steel shortage was also a concern given that the war had taken its toll. The 435,000 cubic yards were built with reinforced concrete. The concrete was scrounged from nearby areas, the area around Potomac River included. This would be used to design ramps around the complex.

5. There are two times the number of bathrooms than required in Pentagon

The planners for Pentagon felt it was obligatory for them to build something that had different facilities for white and black employees. This included white and coloured cafes and a total of 248 bathrooms. A few years later, President Roosevelt issued an order that dictated against segregating federal employees like that. Since then, each and every facility has been open to all employees regardless of their colour. Interestingly, this made Pentagon the only non-segregated building in Virginia for the first time ever.