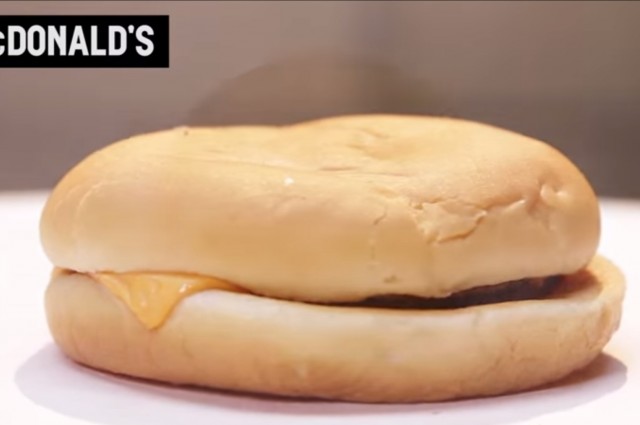 Buzzfeed recently released a video that showed a number of burgers taken from various fast food chains and stored in glass jars for a month. You would expect nearly all of them to be mush at the end of 30 days, right? Well, McDonald’s burgers looks almost exactly as they did on the first day. You must be wondering, what sorcery is this? Don’t be so surprised; Karen Hanrahan still keeps a McDonald hamburger, bought in 1996, as a prop just to show people how hazardous unprocessed meals can be. 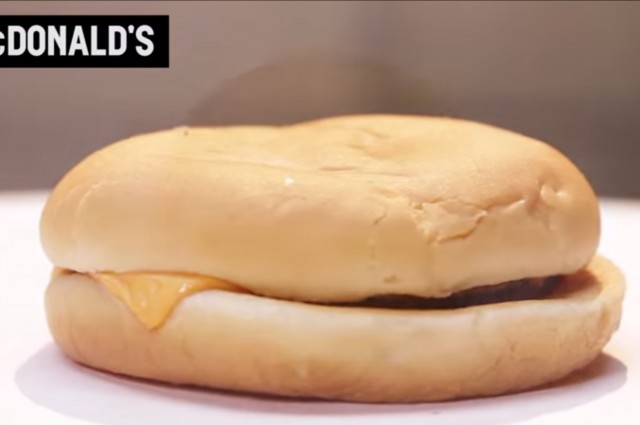 In order to investigate why fast food burgers turn out this way, the managing deirector of a blog ‘Serious Eats’ conducted an experiment. A total of five different hypotheses helped him embark on this journey. From high salt content to low moisture content and lack of air to lack of mold spores, he decided to put them all to test.

It’s a well known fact that burgers are cooked when air and mold spores are present but they are lost once it has been cooked. With two hypotheses failing to relate, he focused on the remaining three. Despite the ingredients in McDonald’s bun being the same as those bought at any other store along with patties purely comprising beef, the cook tested the burgers for his satisfaction. It’s worth noting that the possibility of inhibiting any mold is eliminated in the absence of preservatives.

He tried a total of nine lots of combinations of burgers that required mixing various patties with buns from McDonald’s along with those from his own kitchen. He would add salt to some of these while others would be devoid of it. He made sure his hands didn’t make any contact with the burgers during this process and left them in the open air.

As the period of three weeks elapsed, he noticed that McDonald’s burgers had not gone bad. Similarly, the homemade burgers were also not rotten regardless of those with salt and ones without it. However, moisture levels proved to be the causal factor. The burgers had dried out since they lost considerable weight in week one. The growth of mold is not possible unless there’s no moisture. Given that McDonald’s patties consume good amount of space, the burger dries out before it begins to rot.

Bear in mind that this still doesn’t mean one feasts on fast food, regularly. Food and drinks at McDonald’s actually exceed WHO’s recommended sodium levels and maximum sugar levels, respectively. Needless to say, keep a close eye on what goes through your mouth.